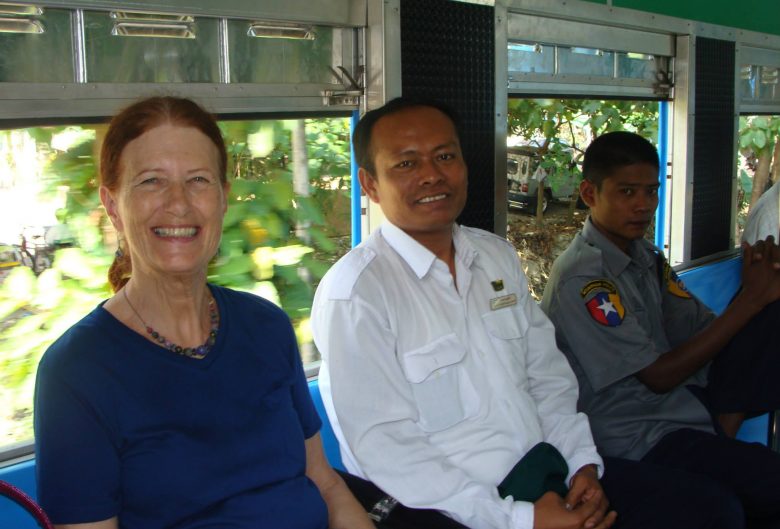 18 years in 7 countries before finding home in Prince George

Moving to China to teach

The day of my flight to China to start my new job as a teacher, a lady called to confirm I had the number of the school I would be working for, and as it turned out, it was a good thing I had it when I arrived in China.

My flight was from Vancouver to Hong Kong, connecting with a one-hour flight to Guangzhou. I was told that someone from the airport would meet me and escort me to the upcoming flight. After a long ten hours with no sleep (night flight), I arrived in Hong Kong. Sure enough, there was a big sign in English with my name on it. The woman holding the sign grabbed my hand and told me to run, as there was such a short time before takeoff.

We made it just before they closed the doors – maybe they were waiting for me? Getting settled, I breathed a deep sigh of relief as I started to relax. I’ve always been an adventurous sort of person, and the chance to fly halfway around the world to a new country made me more excited than apprehensive.

After all, what could possibly go wrong? A big city of 7 million people was bound to have lots of English-speaking people, and, as far as teaching went, I did have a certificate from The Canadian Institute of English, for the one-week course I had taken. (My three-year diploma in Travel and Tourism being basically useless.) At the tender age of 50, I was ready for a new start.

My family members had varied reactions to my new adventure. My father, a former airline pilot, thought it was great, but my mother (one of those over-protective worry-warts), cried out when I showed her a copy of my contract. The heading was The People’s Republic of China, and this frightened her. A former news editor, she tended to believe whatever she read in the papers. My son had given me a Chinese/English electronic translator.

Thoughts of family were interrupted by an announcement on the PA system. The person had a strong accent, and it took a few seconds to realize the announcement was in English. I could only pick up a word here and there, and I started to think this adventure might be a bit more challenging to navigate than I expected.

At that time (1996), the airport was in the city, and as we flew past the high- rises we could see people sitting eating dinner in their apartments. We landed quickly, and I put my carry-on bag on my shoulder. (They told me they were keeping my bag in Hong Kong to x-ray it.) I scanned the crowd of people meeting the plane, and scanned it again for my name. It wasn’t there!

Bone-weary, I sat on a bench to wait for my ride.

” I’ll just wait here for a couple of minutes until someone comes to pick me up,” I thought.”

Soon a woman approached me and asked if she could help me find a hotel.

“No, someone is coming to meet me, and I’m fine. I’m just going to wait here for a little while.”

18 years and seven countries before settling in Prince George

This was just one of my adventures overseas, which turned into 18 years and 7 countries in South East Asia and the Middle East. I came back in 2019, and was happy to be back in Canada for the benefits, the clean streets, clean air, and clean water. Those amenities are not always present in the countries in which I had lived.

Originally from Vancouver, a job at Takla Landing brought me to central British Columbia, and I decided to give Prince George a try when I realized the job wasn’t the right fit for me. The Lower Mainland was far too expensive.

I planned to live in Prince George for a month, but it has now been almost 2 years. I have some beautiful friends here, and there are so many places to go and visit for someone who enjoys being outdoors.

Getting to know my new home with my dog Milo

The dog I adopted from Cambodia, Milo, lives with me, and so I spend a lot of time at the Duchess Dog Park located near the playground near Duchess Secondary School. There is even a website you can use to connect with other dog owners, and sometimes people send a message to “someone out there to bring their dog to play with theirs.’’ These days, the dog park is a place for dogs and their owners to socialize. And what an education about the dog breeds! Many mixed breeds, and interesting names, just like their owners. This park is open from 6 am to 9 pm and supplies fresh water during the spring, summer, and fall months.

Autumn is my favourite season; I love the crisp fresh air and the rainbow of deciduous and evergreen trees dressed in their colourful robes of gold, reds, and burnt sienna. Another place I enjoy taking Milo, especially during the fall, is Ginter’s Meadow, which is a short drive to the end of Massey Drive. The main trail ties into the UNBC Connector Trail System, offering lots of options for paths to take. There are no fences or gates, but lots of room for dogs to run and socialize with their furry friends.

While I had many wonderful experiences in my 18 years in other countries, I’m thoroughly enjoying getting to know my new home and plan to stay a while. 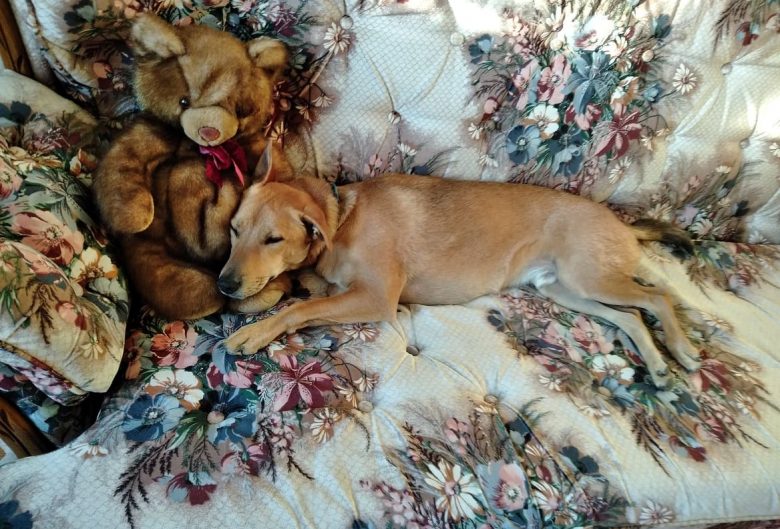