A Diverse and Welcoming Community

Over 7300 people speak a language other than French or English.

Prince George is a diverse and welcoming mid-sized city that is home to newcomers from around the world. With an abundance of employment opportunities to choose from, the city is seeing an increase in the number of skilled new immigrants moving to Prince George each year. Featuring an affordable quality of life, Prince George is a safe and welcoming community that offers the amenities of a big city without the traffic, expense and congestion that comes with big city life.

Currently, about 7,100 people in Prince George speak a language other than French or English with the greatest number of newcomers originating from India, the United Kingdom, the Philippines, the United States, Germany and China. In addition, the University of Northern British Columbia and the College of New Caledonia are home to over 1,200 international students each year who further diversify the population of Prince George.

Many faiths are celebrated in Prince George where there are several places of worship including Catholic and Protestant churches, Sikh Temples, Kingdom Halls and an Islamic Centre. The city is also home to numerous cultural associations.

Services and Resources for Newcomers

The Immigrant & Multicultural Services Society (IMSS) is a non-profit community serving agency, providing settlement and integration services to immigrants and refugees throughout Prince George and the northern region. It strives to promote multiculturalism and racial harmony and to eliminate racism in the pursuit of equality and social justice for all Canadians.

Immigrant Services Society of BC - Career Paths for Skilled Immigrants

Since 1972, ISSofBC has been providing a variety of support services for immigrants and refugees to help them get settled, find employment and learn all they need to know about starting their new lives in Canada. The Prince George office was established at 150 Brunswick Street in September 2017 and is accepting new clients for the Career Paths for Skilled Immigrants program.

Career Paths provides newcomers with the opportunity to translate their skills, qualifications and experiences into the local labour market, enabling successful connections with employers. This program aims to bridge immigrant’s pre-arrival experiences to goal employment.  Funded by both Federal and Provincial governments, Career Paths is the latest employment bridging program in BC. 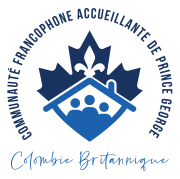 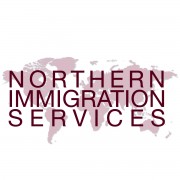 NIS also offers settlement services to newcomers by helping them look for accommodation, school programs and integration into the community.

The Multicultural Heritage Society’s mandate includes implementation of the federal and provincial policies of multiculturalism and the promotion of cross-cultural relations. They are particularly committed to furthering the relationship between culture, heritage and public education in order to ensure the full participation of all individuals in the community. 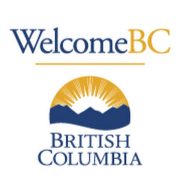 Have you recently moved to Prince George from another country? You’ll likely have many questions about how to settle into your new life in the city and in British Columbia. This Newcomers’ Guide is available in multiple languages and will make your transition easier.

Immigrant Employment Council of BC

This project is made possible through funding from the Government of Canada and the Province of British Columbia. 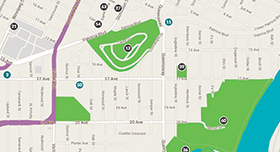 Get to know Prince George