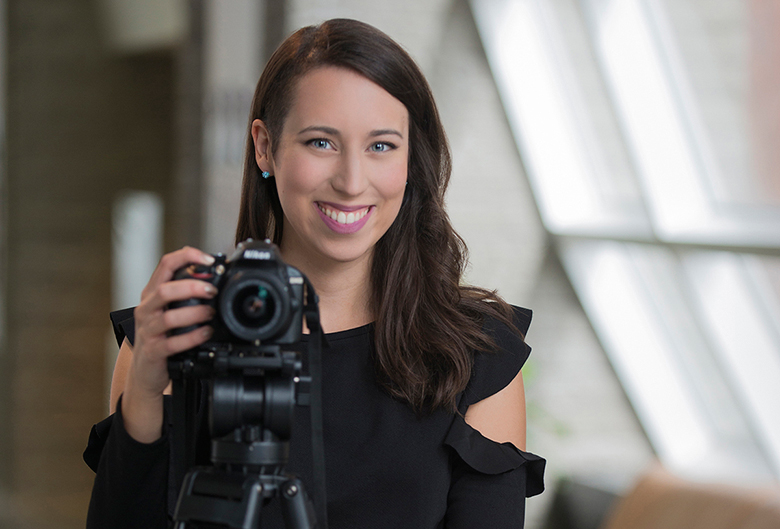 “Camille is truly a gift to her profession,” says one supporter. “She is always courteous and puts everyone at ease that she interviews and works with. Her ability to retain detailed information is staggering, and her creative genius brings positive attention to any of her clients. Within months of going solo, Camille established an impressive client list that continues to expand.”

A transplant from the Lower Mainland, Camille has brought much to the Prince George community in the few years she has been here. A Simon Fraser University graduate with a Bachelor of Arts in History, she continued her studies at the British Columbia Institute of Technology with an eventual diploma in Broadcast and Online Journalism. She spent the first four years of her career honing her craft at CKPG as a broadcaster and journalist, becoming an integral part of the team that earned the 2016 national Radio Television Digital News Association award for “Best Newscast”.

Camille eventually followed her dreams of working for herself. Seeing enormous growth and potential in the field of digital marketing, she leaped into entrepreneurship, founding Pop Media, an online marketing, and video company. She has been highly successful in helping many local businesses grow their marketing, harnessing the power of social media to help local businesses build relationships with their customers and attract new ones. Camille is dedicated to her clients’ success, helping them share their stories with the online community.

Camille attends local charity events and supports many non-profits. In 2017, she assumed the role of volunteer Communications Chair for the 2017 Festival of Trees, benefiting Spirit of the North Healthcare Foundation. She looks forward to promoting this fantastic local event to an even broader online audience. She is also a volunteer with the Prince George Humane Society. In 2016 Camille rode with Prince George’s “Wheelin Warriors” team. She strives for excellence in whatever she does and has found a way to use her talents to make an impact in the city.