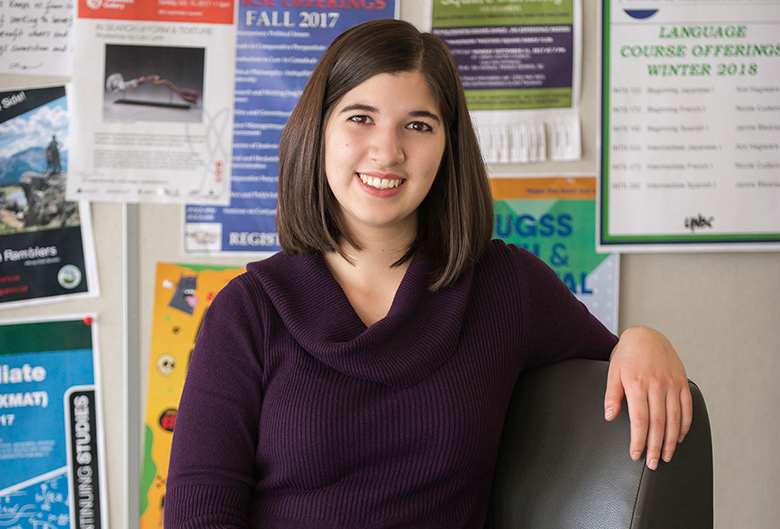 Arctica has embraced her role as President of the Northern Undergraduate Student Society (NUGSS), an organized body that represents all undergraduate students at the University of Northern British Columbia (UNBC). Arctica has risen to the top, inserting herself into challenging situations without hesitation.

Arctica is now a student representative on the UNBC Board of Governors, was elected to the Board of Directors for the sudent union (NUGGS) twice, has been active on the debate team, and continues to speak with confidence on any issue. As the Prince George Chamber of Commerce’s Carbon Intern in 2017, she embraced her role to professionally represent the Chamber in helping local businesses reduce their carbon footprints, making recommendations for carbon reductions and energy savings. Arctica took this position to heart and is committed to living a low carbon lifestyle herself.

Since May of 2017, she has been the Executive Director of the Prince George Public Interest Group (PGPIRG), an independent, non-profit society that supports direct action and research on topics and issues in the public interest with the goal of working towards global and local social and environmental justice.  She is entering her final year at UNBC, with a Bachelor of Arts in Environmental Studies and Political Science, and a minor in Global Studies. Arctica leads by example, working with others to help them develop new skills.