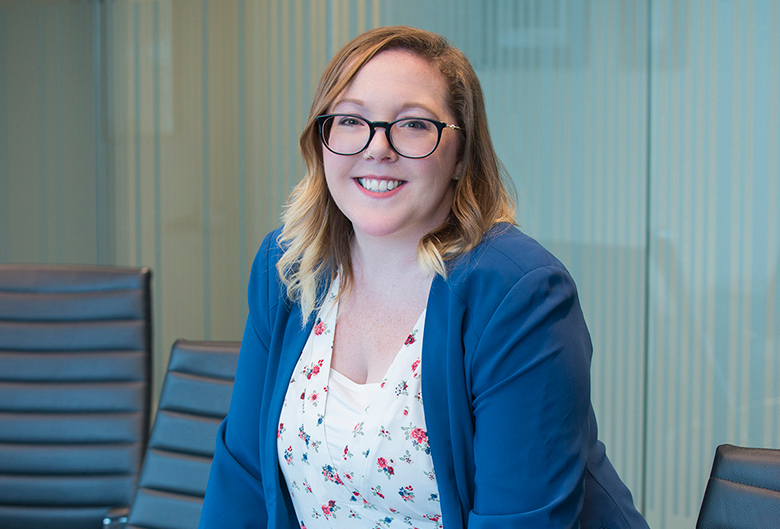 As a University of Northern British Columbia (UNBC) graduate, Cori is a passionate advocate for a better Prince George and the lives of all that live here. She led the way in Integris Credit Union becoming a living wage employer (the first of its kind in the north) and has helped other companies become living wage employers as well. As the Communications Officer for Integris, Cori is the writer behind some of Integris’ award-winning media campaigns.

“I care about the environment and recently helped Betulla Burning install their rooftop beehive which I maintain,” says Cori. “I do this on my own time because it’s fun and I get to meet new people. I love Prince George and want to see our community flourish, so I do what I can to help.”

Cori earned a Bachelor of Arts from UNBC, and later a certificate in Retail Lending from Dalhousie. She is also a member of the Institute of Corporate Directors and holds a certificate from the Rotman School of Business in not-for-profit governance essentials. She has been in Marketing/Communications for four years and cooperative banking for over seven years.

Under her leadership, Integris Credit Union and the City of Quesnel became Living Wage certified, ensuring that over 400 individuals in Northern BC are earning a Living Wage. She is also the Chair of the Board at the Two Rivers Gallery and has volunteered for over five years with them. She also serves on the CFUR board as Treasurer. “I am always volunteering and have helped out the UNBC Apiary club, UNBC Theatre Club, Judy Russell Presents, and the Canada Winter Games.”