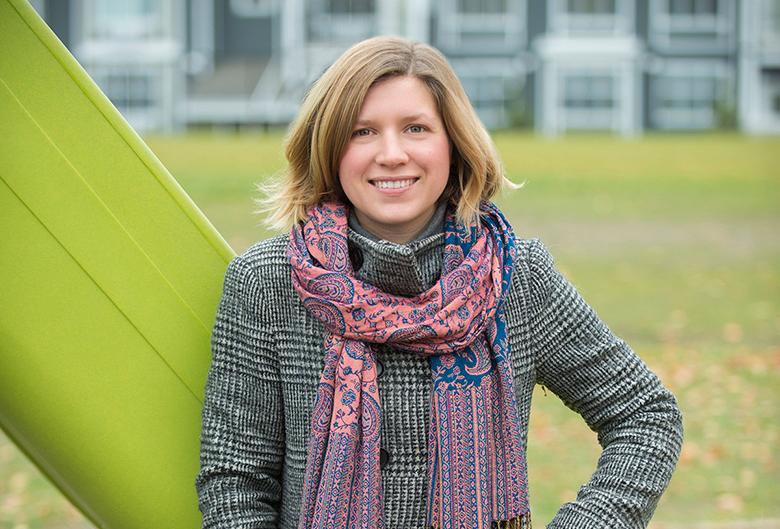 Hilary’s work with the City’s Advisory Committee on Accessibility has advanced the City of Prince George’s goal of creating an inclusive and equitable community for people of all ages and abilities. “She is a strong believer in effective and thoughtful land use planning, including making sure that all citizens get to enjoy all spaces (e.g., promoting the Age-Friendly plan and accessibility),” said one supporter. Her work with the City’s Heritage Commission has advanced the City’s Heritage Register, which had not developed since 2007; this work received a provincial award.

Hillary earned a Bachelor of Arts in Geography at the University of Victoria in 2009. In 2013, she followed that up with a Masters in Urban and Regional Planning at Queen’s University in Ontario. She is a registered professional planner from the Canadian Institute of Planners and the Planning Institute of BC. She has been a practicing professional planner for nearly six years, half of that in Prince George.

“Hillary tries to align the Official Community Plan with good policy development when reviewing new projects and has a reputation for good planning choices,” said one supporter. “She cycles a lot and is helping to promote good alternative transportation options. When given a project she makes it her own and achieves so much just by being thoughtful about her decision making and focusing on what is possible and helping people do their best. She has been so supportive of people with disabilities in our community to help make our city more user-friendly to all. She’s a real asset, and I hope she stays at the City of PG for her whole career.”

Hillary works with staff at all levels and with all departments to create processes and projects that enhance accessibility, while also creating a staff culture that prioritizes accessibility and inclusion. She also works to integrate accessible design into new private development, an example of this is the City’s Multi-Family Housing Incentives Bylaw.