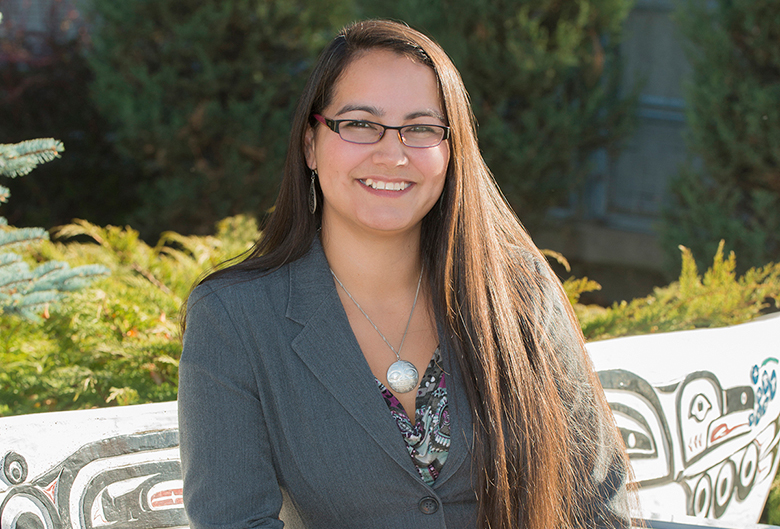 In 2005, Jennifer Pighin earned a Bachelor of Fine Arts in Visual Arts at the Emily Carr Institute; creative expression was not a spontaneous career decision. In 2006, she received a Bachelor of Education at the University of British Columbia (UBC), and has been involved with the Prince George Community Arts Council, Two Rivers Gallery, the BC Teachers’ Federation (BCTF) Aboriginal Education Committee, and the Prince George District Teachers’ Association Professional Development. She also took the position as a BCTF School Union Representative Training Facilitator

“Jen is an amazing artist, teacher, and leader, born and raised in Prince George,” says one supporter. “Jen is a highly skilled First Nations Artist and entrepreneur. Not only does she teach art at PGSS, her art was used when the Canada Winter Games came to PG. She has taught at both CNC and UNBC; she recently finished her Master’s degree in Aboriginal Studies and accepted the Pounamu Taonga Award.”

The Pounamu Taonga Award was awarded in 2017, and the featured art was the result of Jennifer winning a nation-wide logo design contest run by the Canada Winter Games. In addition, Jennifer won the Regional Art & Culture Award for Education.

In addition to raising her two boys, Jen leads the Khast’an Drummers, a non-profit traditional drumming group which donates all proceeds to causes that help local elders as well as the Fire Pit and Haida House. Jen’s lineage comes from the Lheidli T’enneh people, and she works hard to keep the culture and traditions alive in the community through many avenues. This is only the beginning of Jen’s accomplishments. She grew up with the odds stacked against her and has become a shining star and real leader in the city of Prince George.

“As a mother of twins, I know how important it is to foster the strengths of everyone as well as provide opportunities for developing individual identity,” says Jennifer. “This involves learning about oneself, others and how to both work as a team and independently to problem solve life’s situations. I endeavour not to lead but inspire others to do their best.”