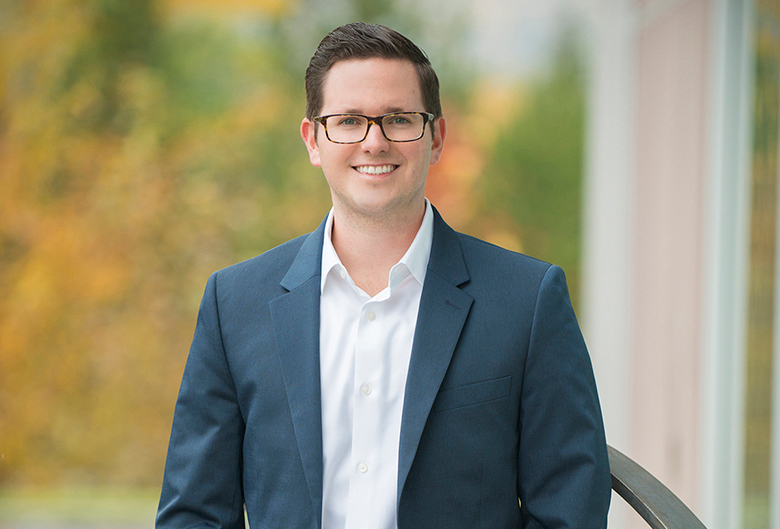 Originally from Kamloops, Kiel Giddens moved to Prince George in 2013. A University of British Columbia graduate with a Bachelor of Arts, Political Science and Government, Kiel spent six years in provincial politics, including Chief of Staff roles to the Minister of Environment and Minister of Transportation and Infrastructure.

Since 2014, Kiel has been employed with TransCanada, a major international energy company developing and operating energy infrastructure in North America. A year later, Kiel received the company’s highest employee recognition award for designing and implementing a skills training and education program in Northern BC. A year later, he was part of TransCanada’s BC Community Relations Team that won the “Gold Quill” award from the International Association of Business Communicators.  Kiel also represented TransCanada on the Premier’s LNG Labour Working Group, promoting the hiring of local and Aboriginal people on Liquid Natural Gas projects.

“Kiel is a young up and comer with experience in politics, business and non-profit,” said one supporter.  “He is a hard worker and great to work with.” He was once the vice president of the Prince George-Valemount BC Liberal Riding Association, the College of New Caledonia President’s Industry Council, and in 2015, appointed to the Prince George Chamber of Commerce Board. He has also been chair the Advocacy Committee for three years. Kiel has been a great member by always participating and being connected to the Chamber.