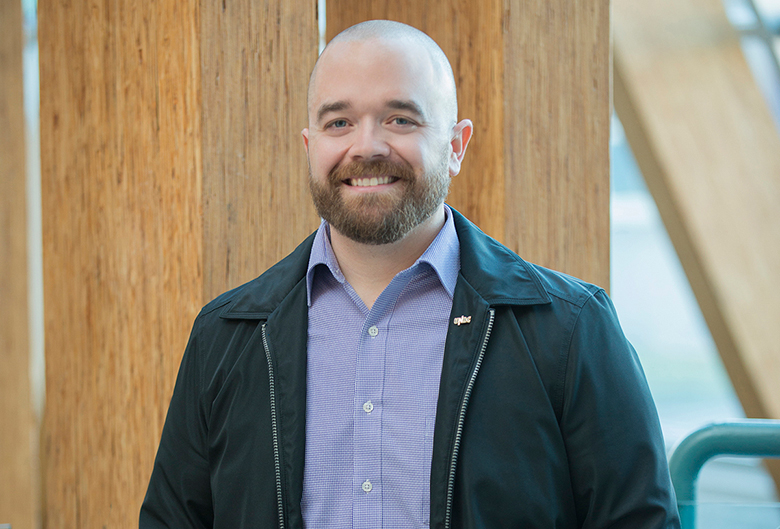 Mark Barnes is a 4th generation Northern BC resident, born and raised in Prince George. His academic and professional accomplishments, coupled with his service to the community, make him a perfect fit for this list. The first member of his family to attend a post-secondary institution, Mark completed a Bachelor of Science in Biochemistry and Molecular Biology as well as a Master of Science in Biochemistry at the University of Northern British Columbia (UNBC) – which he finished in two years, having published 25 scientific journal articles during that time. Two days after successfully defending his Master’s thesis, Mark joined the BC Cancer Agency Centre for the North (BCCA-CN) in a leadership position and progressed to the Interim Centre Manager in just eleven months.

Following his time at the BCCA-CN, Mark joined UNBC as the Partnership and Innovation Officer. After thirteen months, Mark was appointed to the Assistant Director of Research where he worked to implement, support, and guide the Strategic Research Plan, Vision and Mission at UNBC. Following a year as the Assistant Director, Mark was appointed to the Director of Research at UNBC, where he further supports their research enterprise. Mark’s leadership competence has been recognized, being elected to the UNBC Board of Governors as the Staff Representative.

“Mark has truly come full circle,” said one supporter. “He played leadership roles within the University as a student and is now a member of UNBC’s senior leadership team with a sincere commitment to contribute to the on-going success and advancement of UNBC.”

Over the years, Mark has also remained committed to giving back to his community. He has been a Canadian Cancer Society (CCS) Health Promotion Ambassador since 2008 where he advocates for healthy living. He has also served as a Relay for Life Planning Committee Member and Relay for Life Team Mentor. In 2014, Mark was recognized for his service when he received the CCS Community Impact Volunteer Certificate of Achievement Award. Mark regularly volunteers with the Royal Canadian Legion and Central Interior Science Exhibition.