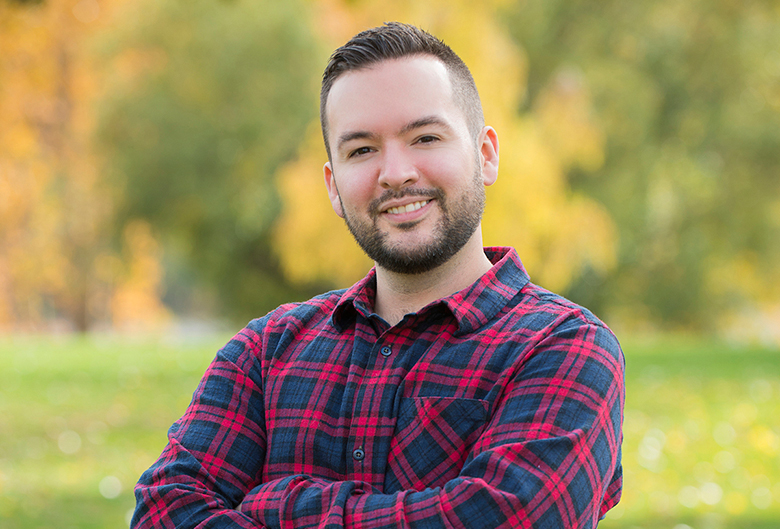 “Nigel, at just 32, is known and loved in Prince George, and I can’t think of anyone more deserving to be recognized for this award,” says one supporter.

Nigel is currently the Marketing and Promotions Manager for the West Coast Group, covering all social media and promotions for North 54, Cimo Mediterranean Grill, Hummus Brothers, Prince Rupert Chances, and Don Cherry’s in Prince Rupert. Before this new position, Nigel was the General Manager at the Prestige Treasure Cove Hotel in Prince George for five years, having worked up from bell boy to general manager. He is a graduate of the Business Administration program at the College of New Caledonia (CNC).

“I can also tell you personally that Nigel is always willing to go above and beyond for anyone,” says one supporter. “He is always the first one to hop on board to support a cause, help out a friend, or do anything to make our community a better place. Prince George is lucky to have him!”

Nigel is currently a member of the Board of Directors for Northern BC Tourism, a former president of Accommodations Prince George, and a team captain for the Relay for Life for eight years. However, what is most uncharacteristic given the prior paragraphs is Nigel’s co-founding of Northern Lights Entertainment, organizing and hosting music festivals, arena shows, and other productions. Nigel himself is a DJ.

“I am a professional by day, but my passion is performing as a DJ,” Nigel says. “I’ve been booked to perform all over BC at ski resorts, music festivals, arenas, and nightclubs.”