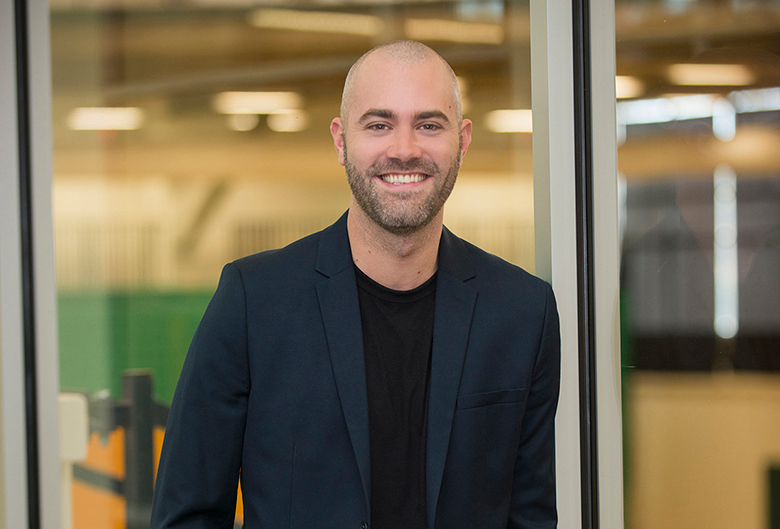 “This list is to profile and celebrate the best and brightest our amazing city has to offer,” said one supporter. “Rich Abney is just that. I think you all agree. I read the piece on him from two years ago, but since then, he has changed his career and again has made an immediate impact.”

Rich Abney, a graduate of the Broadcast Journalism program at the British Columbia Institute of Technology, spent much of his early career working for CKPG. Recently, Rich won yet another award from the Radio Television Digital News Association in the world of Broadcast Journalism in addition to recognition already received, including three consecutive “Favorite TV Personality” and “Favorite PG Personality” awards from the Prince George Citizen. In 2016, after three years in front of the camera, Rich left CKPG and joined the University of Northern British Columbia as the Sports Information Officer. In fitting breaking news fashion, his departure was covered by the very news program he worked for.

As Sports Information Officer, Rich acts as a liaison for the UNBC Timberwolves, providing statistics and player information to the news media and public. However, Rich’s duties reach far beyond the basics. He utilizes video and social media to build the brand of both the university and the Timberwolves, and since his appointment, traffic to UNBC social media channels have increased exponentially. Rich’s commitment to local sport and wellness spreads far beyond those responsibilities. He volunteered with the Special Olympics of PG, starting as a coach, but later expanded to include profiling the incredible athletes in our town that may otherwise be unnoticed. Rich considers himself lucky enough to be the one to share these stories.

“There are many incredible young people in this city,” said one supporter.  “I know that to be a fact.  If you aren’t following the UNBC Timberwolves on social media, you should. They are producing more quality content than all the other teams in town, combined.  That is Rich, giving others a platform.  Using his skills and his time and his heart.”