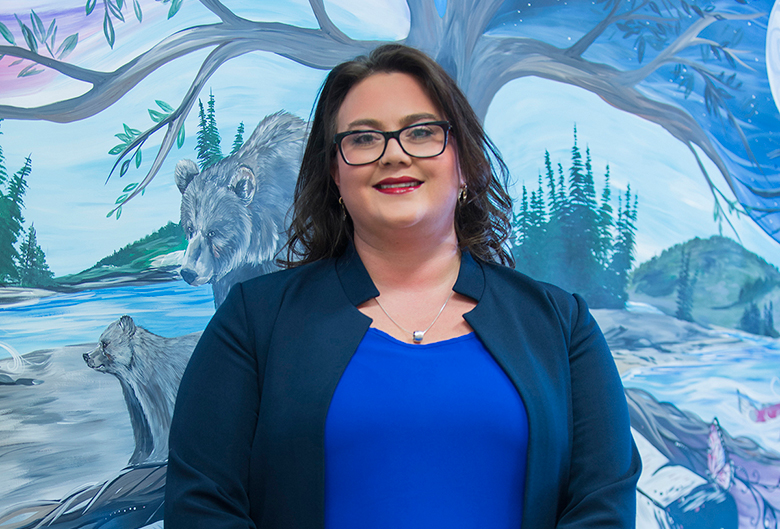 Shelly Niemi is humbled by just being nominated. “I am the first person from my family to ever attend post-secondary,” she admits. “I was the first indigenous Valedictorian from the School of Education at UNBC.”

Shelly received various academic awards and scholarships for academic excellence. In 2012 she received her Bachelor of Arts in First Nations Studies at the University of Northern British Columbia (UNBC). In 2016, she earned the Masters of Education valedictorian. Since then, she has been pursuing her doctorate in Educational Leadership at Western University.

“I have held the role of the District Administrator of Aboriginal Education within School District No.57,” Shelly says. “During that time, I have been able to help move our Aboriginal student graduation rates forward from 39% to 62%. I have presented at over fifty events locally, provincially, and nationally.”

Shelly is an advocate for implementing Aboriginal curriculum in the school district and is also an advocate for Aboriginal youth. She is the founder and organizer of Stronger Nations—an Aboriginal-focused, not-for-profit organization, bringing together service providers from different fields to share knowledge and perspective.

Shelly grew up in Prince George and has a strong dedication to the community. She has been a foster parent for eight years, a WHL billet parent for six years, and an involved member with youth sports. She volunteers evenings within the Aboriginal Community and advocates locally for Aboriginal Education.