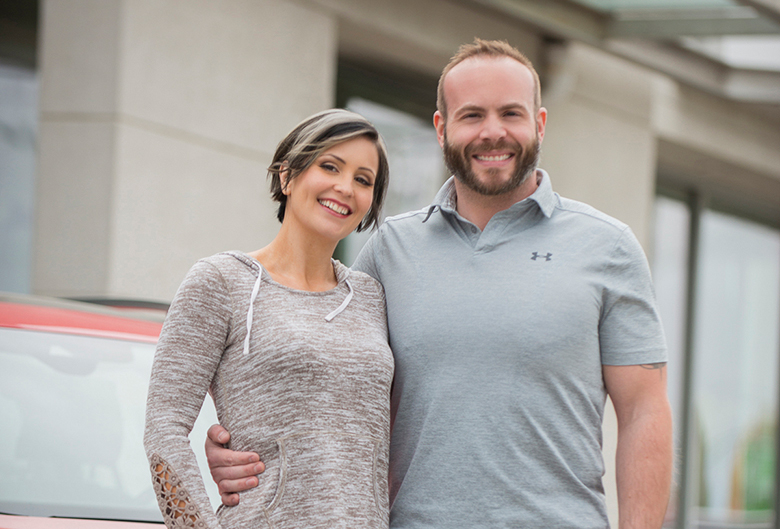 Richard and Sarah, co-owners of Hub City Volkswagen, have turned it into a family business, creating an outstanding corporate culture, while updating the franchise. Richard and Sarah are driven to expand the dealership beyond the needs of revenue, donating time and costumes to Costumes for a Cause as well as vehicles to Hell Yeah Prince George and Vista Radio (the Fun Chaser).

“It’s amazing what they do on a low key, no parade through town way,” claims one supporter.

Sarah is the cystic fibrosis champion of Prince George, organizing a fundraiser that raised over $5,000 to help find a cure. She doesn’t do it for recognition, but rather the greater good. In the last few years, Sarah refocused her business to help better impact the community, and in doing so raised a substantial amount for multiple organizations and charities within the city.

Richard is not only the General Manager at Hub City Volkswagen but also its Sales Manager and Dealer Principle. In addition to leading a strong team, Richard dedicates his time giving back to the community, through both business and private philanthropy, donating to numerous charities throughout the city including this past NYE’s record-breaking Boogie with The Stars event for the Spirit of the North Healthcare Foundation.
Richard and Sarah also helped spearhead the first ever Heart for Hospice fundraiser, raising much-needed funds for the Prince George Hospice Society.

“I lead by example,” Richard says. “I’ve never asked anyone to do anything that I haven’t already done. I started from the ground up here and can perform anyone’s duties. I typically always have the answer when asked, and if I don’t, I make it a point to find out. I am straight and to the point, and blunt at times. But you will always know where I’m coming from.”

“I’m passionate about self-growth,” says Sarah, “and love helping others and being a positive role model to those around me. I truly love this city and am consistently looking for positive ways to impact it.”