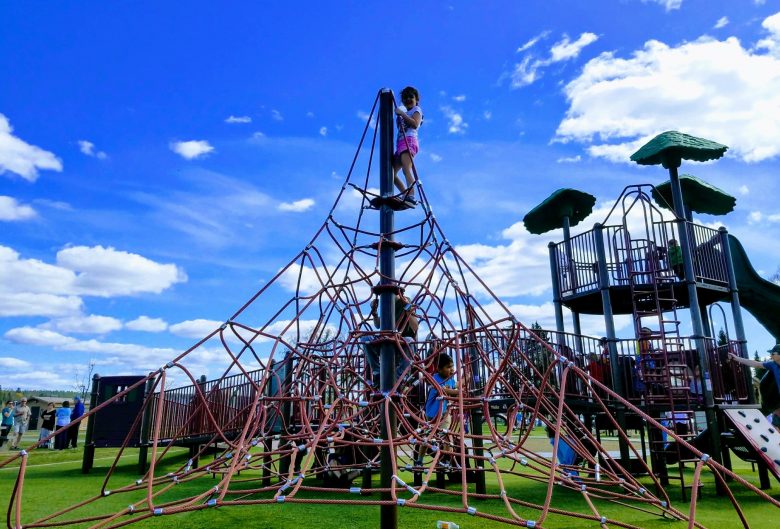 A unique blend of urban amenities and wildlife

The grass is green again

It’s May in Prince George, which means winter is truly, finally over. I must admit it’s nice to see the grass again. But what I enjoy the most is seeing how energized everyone has become. I see people jogging in the morning, kids playing in city parks in the afternoons, and even the wildlife is more social. The other day I saw a moose – my very first moose – standing alongside the road heading down from the University of Northern British Columbia (UNBC). It stood there peacefully grazing while cars drove by. 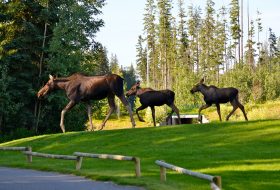 Not the moose I spotted, but this picture was taken in Prince George.

I’m sure other folks didn’t think much of the experience. Those who’ve been here for years are probably accustomed to running into such wildlife – and I mean that both figuratively and literally. But I’m a recent transplant from South Texas so the only animals I’m used to seeing are possums and maybe a couple of snakes here and there in addition to the usual horses and cattle. The point is that a moose is big, intimidating, and majestic. The presence of such a creature is a reminder that the world doesn’t belong exclusively to us. That’s a major part of Prince George’s appeal to me: I get all the amenities of urban living, but I’m still confronted with the vastness of the natural world, which gives me a better perspective on where things stack in the big scheme of things.

Staying connected with the modern world 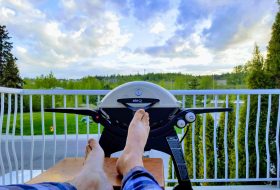 Grilling dinner on my deck.

Truth be told, I felt reassured seeing that moose because at the moment I was driving back home from a lecture at UNBC. It was about the rise of populism in the United States and Europe and what that portends for all of us. The Prince George Public Library and UNBC Library partnered together to invite Gwynne Dyer, a well-respected Canadian journalist specializing in international affairs whose newspaper columns have regularly appeared in publications around the world, from the Buenos Aires Herald to the Jerusalem Post. It was a riveting lecture that I won’t go into here. Let’s just say that eventually, we’re all going to be replaced by robots, more people will be unemployed than ever, and governments are going to have to figure out how to keep everyone peaceful and content, which might require a massive expansion of the welfare state. But like I said, I saw that moose and my perspective shifted completely.

After going home I sat down on my balcony, thought about what I’d be grilling for dinner, and enjoyed the spectacular view. The challenges of the human condition will always be there. Certainly, there’s work to be done and I’m energized for whatever’s ahead. But at the end of the day, we all only get so many trips around the sun. That being the case, I’m glad I get to spend that time in a place like Prince George.