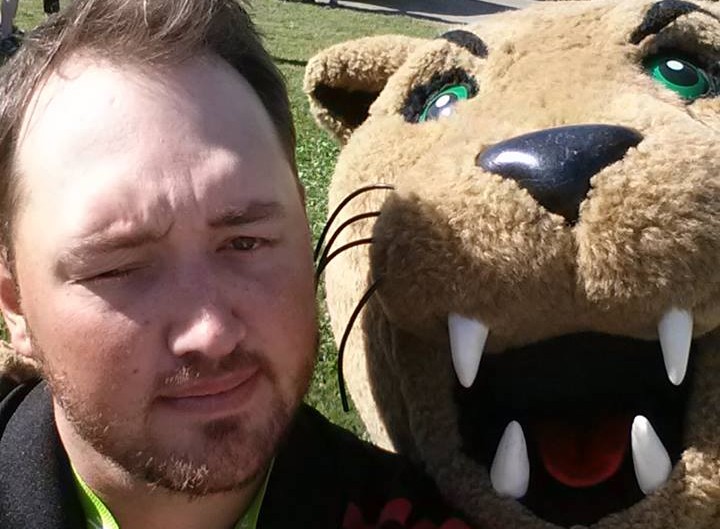 I like thousands of other youngsters growing up in Canada fell in love with hockey at a very early age. Sure I played hockey (and still do recreationally), but my infatuation with Canada’s game has always had a different spin to it.

I can remember being five years old and quizzing my Dad about the names and numbers of the best players on the best teams. I would watch re-runs of the 1984 and 1985 Stanley Cup finals, and would memorize who scored what goal when. You could say that I was born to be a hockey play-by-play broadcaster and I knew almost from the start.

As I got older I would practice calling games with the TV muted. I would even go to the top row of the Pacific Coliseum with two rosters and practice calling WHL hockey into a handheld tape recorder. Despite some weird looks from Vancouver Giants fans, it was a tremendous thrill for me, and that rush has only grown since. 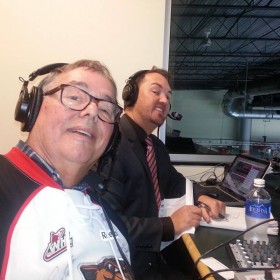 At age 21, I set out to make my dreams a reality. I started calling Junior B. Hockey in Dawson Creek for the Jr. Canucks for Peace FM in Chetwynd. 11 months later I accepted a job in North Battleford, SK where I spent the next four years in the Saskatchewan Junior Hockey League honing my craft as the voice of the Battlefords North Stars. Then, in the summer of 2011 my life forever changed.

I remember seeing on Twitter that the Prince George Cougars were in need of a new play-by-play broadcaster. Immediately my mind started to race. “Was I ready?” I asked myself. I was familiar with Prince George after numerous visits during my stint in Chetwynd, and the thought of making Prince George my new permanent home got me very excited.

Less than a week after I saw the posting, it was official: I was the voice of the Prince George Cougars, and four exciting years later, I’m still here.

During the winter months, I practically live at the rink. But that’s okay, because when you have the chance to watch future NHL stars in a hockey crazed city like Prince George, it sure makes the winter go by faster. But as I have come to learn very quickly living in BC’s Northern capital – There is so much more to experience. 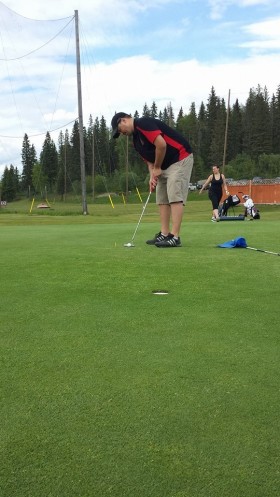 Any chance I get during the summer months, I will be on a golf course taking advantage of one of the several challenging, yet picturesque courses in our area. A cold beer or two with my friends? Where do you even begin! It also doesn’t hurt that there are many other young professionals in Prince George who I can relate to and make incredible memories with.

The City of Prince George allowed me the opportunity to truly live my dream calling hockey for the best junior league in all of Canada. And for that I will be forever grateful. The best part is: I’ve only just scratched the surface of this great region.