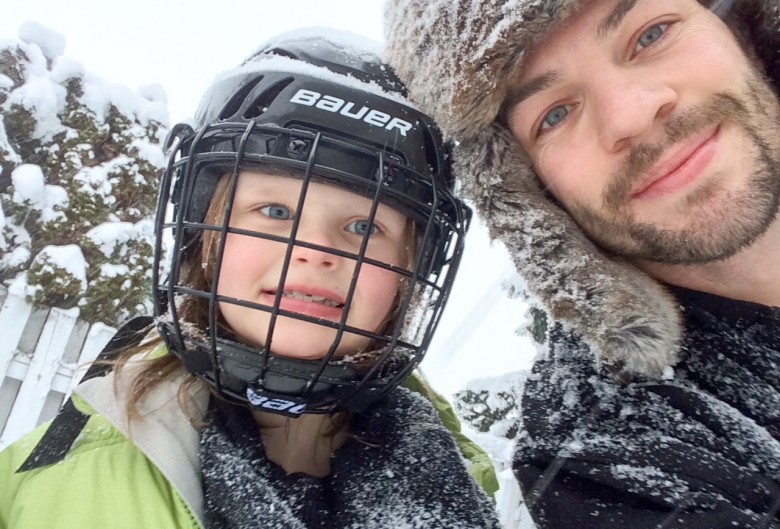 This winter I took on the ultimate Canadian challenge: the backyard ice rink. Well, okay, it was more of a driveway ice rink, a small and yet amazingly fun little frozen canvas.

As a little kid growing up in Nova Scotia I could remember my father building a rink; it involved timbers and plastic and a sizeable flat area in front of our house. I learned to skate on a backyard ice rink; I even got my first stiches on an ice surface. For the last twenty years I have crisscrossed this country living in many different communities, but none that had enough winter to try my hand at building my own ice rink.

I got started a little late in the season, and was determined to keep costs down, so I thought hey, who needs wooden boards when I have got all this snow? I proceeded to pack banks of snow around my driveway and then decided it was time to water my creation. 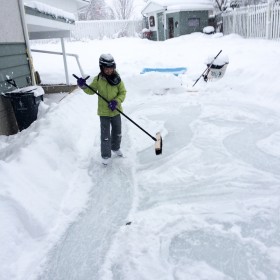 My tap was frozen. After about an hour of thawing my tap, I managed to get a trickle of water going only to find that my hose was frozen solid! Inside it went into the bathtub where a warm shower got it working again. Of course, by now my tap was frozen again. Back to step one! In the end I ran a hose through my laundry room window to an inside tap, and made sure to bring my hose in immediately after every flood of the rink. I guess there was a bit of a learning curve after all. But, two days later I had it, my ultimate northern dream: a forty by fifteen foot ice rink. 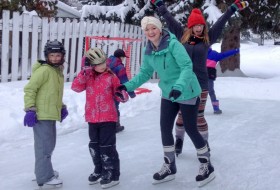 The rink was a success beyond my expectations. My step-daughter, Meika, and I spent nearly every afternoon out there chasing each other around: she often made labyrinths in the light coating of fallen snow for me to stickhandle a hockey puck through, we played tag, hockey, even basketball. The addition of a small stereo lead to another idea: let’s have a skating party! And we did, complete with a small fire for roasting hot dogs, snacks, and a few beverages that stayed perfectly cold in the rinks handy snow bank cooler.

Having an ice rink made me look forward to shoveling the driveway—because you have to shovel the rink too! And the only safe way to do that is with hockey skates on, which can inevitably lead to skating, which leads to fun.

In the end we all spent hours outside enjoying the clear cold Prince George winter and fretting about every increase in temperature that might endanger our new playground. Winter, it seemed, was something to be reveled in and enjoyed, not avoided or bared bravely whilst dreaming of summer. As Meika asked one day after a long skate, “is there somewhere where it is winter all year long?” We may not live at the North Pole, but Prince George is home to a healthy dose of winter adventure. 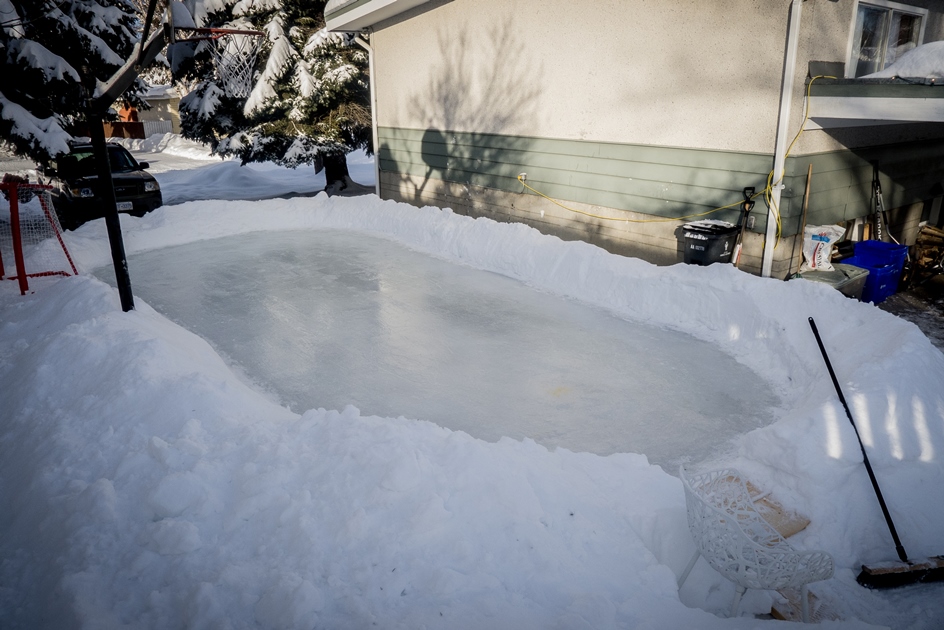