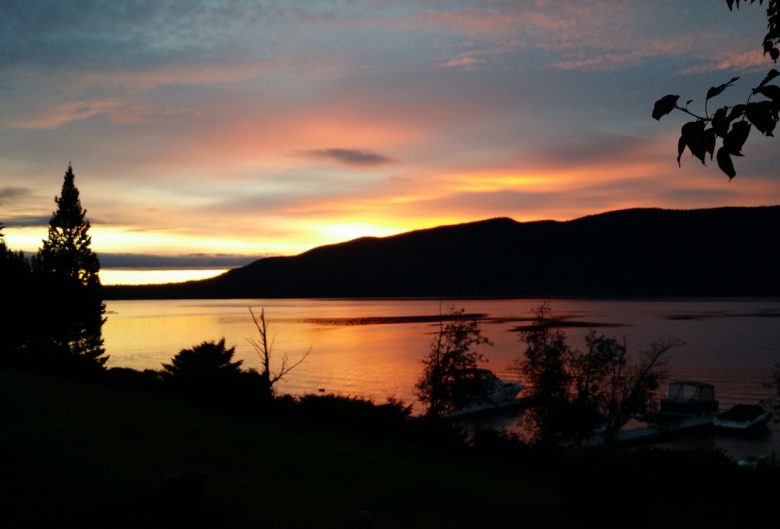 Growing up in Kingston, Ontario

I was born and raised in Kingston, Ontario – Canada’s First Capital before Ottawa became the capital city. I even did my university degree at Queen’s, right smack in the downtown of Kingston. And while many residents of Kingston’s notorious prisons were forced to live life sentences in the region, most of my adult life was spent expecting to live my “life sentence” in Kingston by choice.

It’s where all my family lives; I loved the restaurants and entertainment, the arts and cultural amenities, the sports teams and recreational opportunities. And, since I had never lived anywhere else, it was also where the vast majority of my personal and professional network was located. The city is beautiful, and life was comfortable and prosperous. Why on earth would I ever live anywhere else?

Then a funny thing happened. In the spring of 2014, I found myself moving to Prince George (BC’s Northern Capital) as the next step in life with my partner and her daughter. Since I moved here for love, my expectations were pretty low in terms of the city itself. I arrived being prepared to tolerate the place for a while until we saw where else our new family life might take us.

But soon after moving to Prince George, I had several conversations with people who claimed they, too, originally came to Prince George with the intention of staying perhaps only for a couple of years.  But, here they were – ten, fifteen, twenty years later, and loving it.

Exploring the community and settling in

Now with almost three years under my belt here in Prince George, I can say I love living here as well. I keep telling friends and family back east that I haven’t had to give up or “trade” anything to be here in Prince George – that all of the things I loved about Kingston all pretty much exist to the same degree here. Fantastic independent restaurants, vibrant civic events and festivals, a thriving arts and theatre scene, and incredible facilities for families and kids. Amateur sports teams to cheer on, concerts and events to attend, and an outdoor and recreational lifestyle which is second to none.

It has been fun finding new “favourites” in my new town – from The Copper Pig BBQ House and Twisted Cork for dining, Ohh Chocolat Cafe for coffee & treats, Theatre NorthWest for entertainment, Canada Day and Downtown Summerfest activities, the outdoor ice oval for skating and the Prince George Cougars to root for – all just as great as my previous “favorites” in Kingston.  And, we’ve got a sweet trailer, er, “place at the lake”, 40 minutes out of town at Purden Lake, which is an incredible way to spend summer weekends.

But the best thing of all about Prince George is the people – there is a palpable sense of “we’re all in this together” that permeates through the relationships you make. People are open, friendly and genuine in their welcome. Moving from the only place I had ever lived (for more than 40 years), this openness has enabled me to quickly build a personal and professional network that makes Prince George now truly feel like “home”. I run across the same number of people I know, whether it’s to attend a business event or a civic celebration, as I used to back in Kingston. And that’s pretty cool in such a relatively short period of time.

I do miss the beauty and architecture of the historic limestone buildings in Kingston. But, that’s easily satisfied by visits east a few times a year.  For the more important, day-to-day things?  Prince George matches up just fine – as you would expect from another “Capital” city!