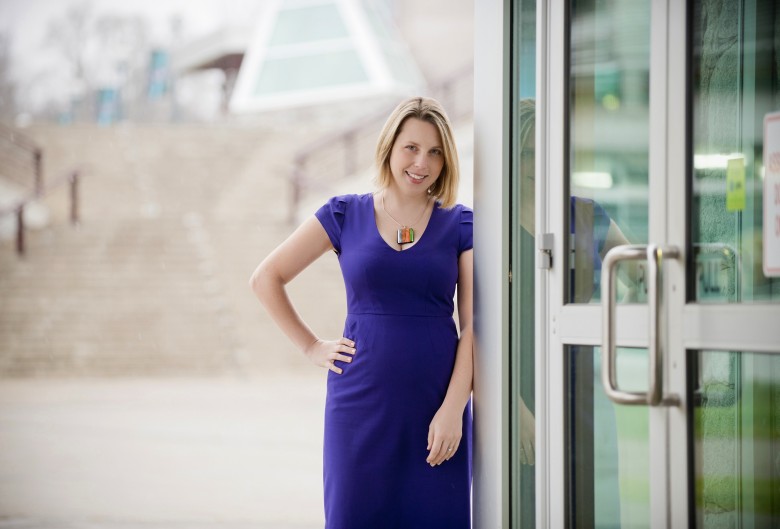 Journalist, lawyer, student, book editor, wife, mother … who could be a better example of female leadership than Carolynne Burkholder-James?

Her rise in the Prince George community was meteoric. She got her last degree in 2014, was called to the bar in 2015, had a toddler on the go at the time, and has another baby on the way.

“Carolynne has been able to maintain a work/life balance while attending law school, working as an articling student and now as an associate lawyer,” said one of her supporters.

Despite the heavy duties as a new legal counsel and a new mom, Carolynne also stepped up to the volunteer plate. As a graduate of UNBC’s Political Science program before going off to obtain a Masters of Journalism from UBC to go along with her Juris Doctor from the University of Ottawa, she took a position on the board of the UNBC Alumni Association and is also the human resources representative for the UNBC Childcare Society.

This past year she joined the board of the Prince George Public Library and its Governance Committee.

In the past she sat on the UNBC Board of Governors, the B.C. Duke of Edinburgh Board of Directors, and was a bureau chief for Canadian University Press.

“When I was in law school, I co-founded the Women’s Legal Mentorship Program which paired female students with working lawyers. I am working on bringing this initiative to Prince George,” she said.

You can’t win the Jack Webster Student Journalism Award without initiative, nor be chosen one of 12 students for the Dean’s Research & Writing Fellowship Program, nor edit the book Solicitor-Client Privilege by Adam Dodek (it won the 2015 Walter Owen Book Prize).

She is a child of this region and although she left for awhile to pursue higher learning, she came back to her roots and dug in deep.