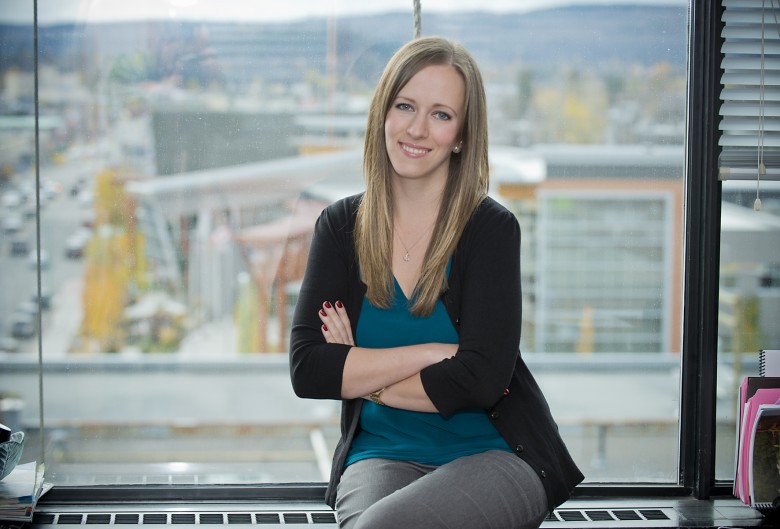 A lifelong Prince George resident, and a graduate of her hometown university, Christina Doll first came to public prominence as a broadcaster, reporting the news on local radio.

By age 27 she was news director for Vista Radio, leading a team of four reporters based here in Prince George and also in Smithers.

She made the transition to public sector communications a couple of years ago to work with Initiatives Prince George where she was the project manager for an award-winning video series and also helped create an award-winning marketing campaign.

Her academic achievements include a diploma in Public Relations from the University of Victoria, a Broadcast & Media Communications diploma from the British Columbia Institute of Technology, and a Bachelor of Arts (majoring in English) from UNBC. These credentials led her into professional memberships in the Golden Key Society (an international academic leadership organization) and the Canadian Public Relations Society.

As an active local volunteer, Christina is the current Vice President of the Northern Lights Chapter of the Canadian Public Relations Society, helped coordinate the 2015 Canada Winter Games media relations teams, has helped Rotary with their youth leadership initiatives, and has twice won chapter awards as a board member of Prince George’s Kidney Foundation branch.

She also gives her time and passions to many local causes and initiatives as they happen.

“I love Prince George and the people who make this city such a wonderful place to live,” she said. “I am so blessed to have had the chance to give back.”