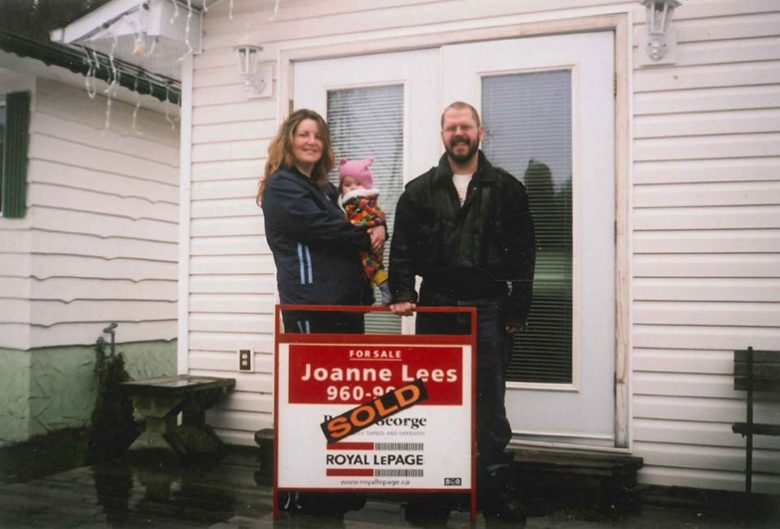 Ever since I can remember, I’ve always dreamt of being a property owner. One of the main reasons I left Vancouver was that property ownership was simply out of reach and I struggled to get ahead there. Thankfully, I chose Prince George where my property dreams came true.

It was the year 1999 when I first arrived in Prince George. To my shock and delight, I was able to rent the upper floor of an old house for just $100 a month on Vancouver Street. This was a far cry from the $750 I was paying in Vancouver for a tiny one-bedroom apartment above the Taverna Corfu. To this day I prefer the street of Vancouver to the city.

The downstairs rooms of the house were rented by a variety of professionals. This meant that on weekday mornings I had to be up and showered before anyone else arrived. No problem for $100 a month. There was also no kitchen, so when hunger came, I used to walk south on Vancouver Street towards the Parkwood Mall Overwaitea. Along the way, I would always admire these two older, heritage-looking, side by side houses. I imagined I owned one of them and that I was the lady inside working on the computer.

As time went on, I moved into a spacious two-bedroom apartment on McIntyre Crescent where the rent was low enough at $500 a month to get on my feet financially. When marriage came along, as a money saver, we planned to settle in a rustic cabin about 30 kms south of the city with no running water. I used to tease, ‘No water, no wife.’ Magically, water was installed shortly before the wedding. Of course, rent prices have increased since my renting days, but they are still affordable. 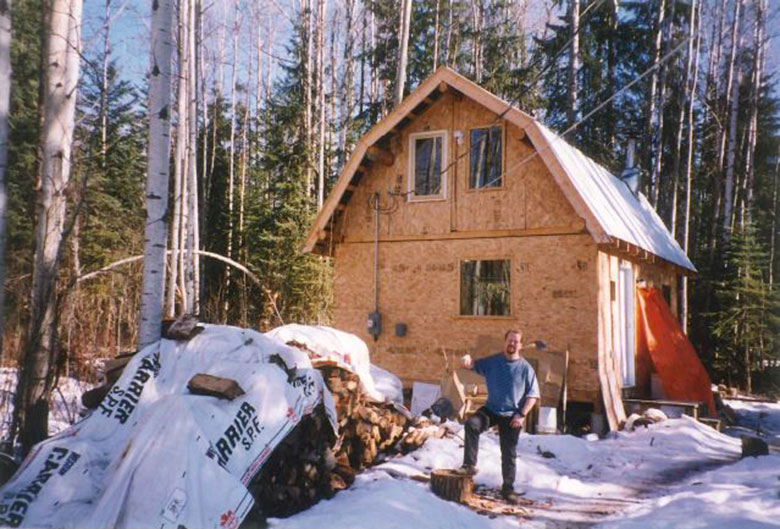 Cabin life is great for a honeymoon, but not so great when you have a newborn baby. Perhaps I am a city girl after all, even if it’s a small city. There was a house for sale near the cabin that I fell in love with, also conveniently situated on the same property. We offered to purchase it privately, but it did not come fruition. In our disappointment, we turned our attention to the Prince George housing market. With the help of local experts, it was a great relief that our modest incomes allowed us to buy our first home on Van Somer Street.

My daughter started crawling the very day we moved in, and by the second week, the real estate market in Prince George corrected. Suddenly the house was worth a great deal more. We had made it in just under the wire, accidentally. The choice of elementary school and superior air quality led to the decision to move up tothe Hart Highlands. We found a rancher style house on a quiet cul-de-sac with lovely neighbors. Those were good years; building years. Recently, the owner of the house near the cabin decided to sell. We were finally able to purchase that house I loved. After a ten year journey, we had come full circle.

After my daughter was born, I left teaching for a more flexible career in financial services.

After several years in the profession, I needed an office downtown. Over the years, I had kept my eye on those beautiful buildings on Vancouver Street where it all started. Suddenly, one fine day a ‘For Rent’ sign was posted on one of them. I must have called the number twenty times and after a quick walkthrough, I rented the building. It was hard to believe that I was finally going to be the lady inside on the computer, or so I thought. The very day I moved in, the owner declared that they were selling my building and the building next door, since they were both on one lot under one title. My heart sunk. Maybe I could afford one building, but the whole property with two buildings was way out of my reach.

I brought the bad news to the Prince George Chamber of Commerce who occupied the large office next door. At that time, the Prince George Chamber was also looking for a permanent home.  A Building Committee was formed and together we started working on solutions. After careful study, we concluded that the property could not be divided due to the smaller lot size. A co-ownership agreement was struck and by helping each other, we were able to purchase the property together. I had come full circle once again, and my real estate dreams came true in Prince George. 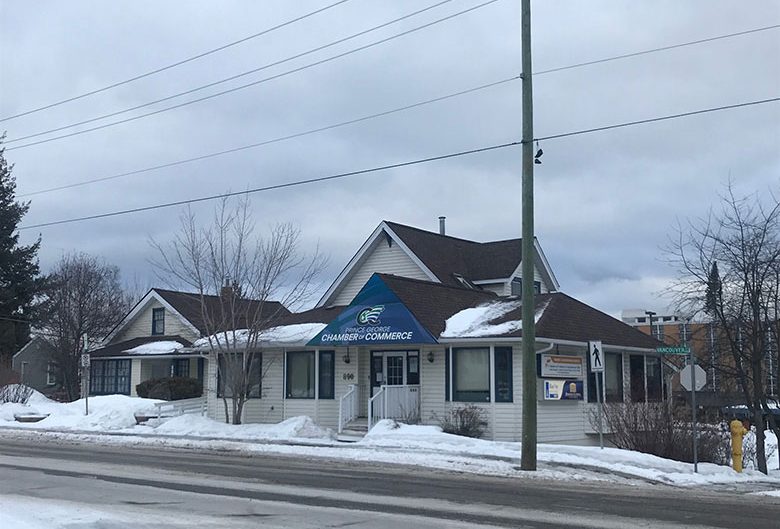 Interestingly, almost twenty years later, opportunities are still abundant for property ownership in Prince George. The average home price today is $371,000, and a two-bedroom apartment is just over $900 a month. When you compare these numbers to other Canadian cities, the message is clear: Prince George offers so much more.