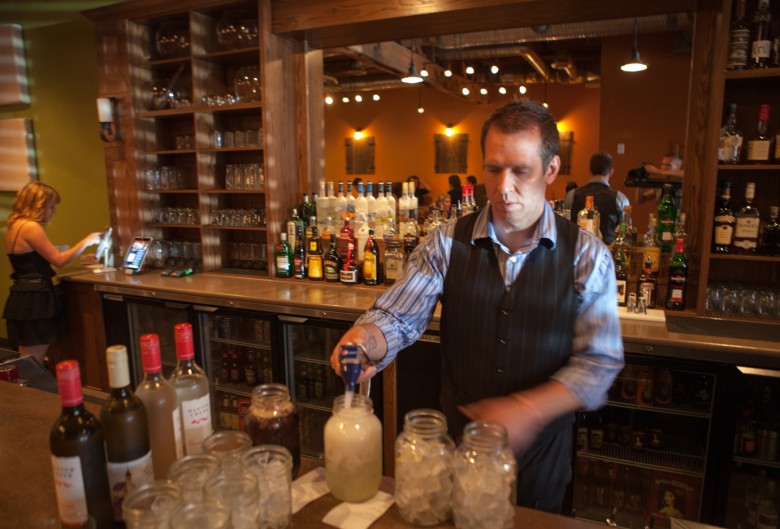 Owner Tyler Burbee of the Copper Pig BBQ House is the epitome of entrepreneurial resilience. At the time of writing, his downtown Prince George restaurant has had no less than three grand openings. They are appropriately titled: the ‘Grand Opening’ of December 2012; the ‘re-Grand Opening’ after a David v Goliath lawsuit in 2013; and the ‘Grand re-Opening’ after a devastating fire in 2014. If it were only for its spirit and hardiness, the restaurant should be worth a visit. But that is not the key to its popularity; its barbecue is just so damn good.

My experience with pulled pork 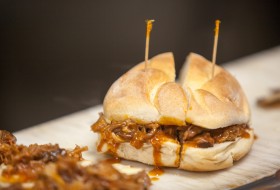 To give the reader some context, my first pulled pork sandwich was in a small dive in Savannah, Georgia in February, 2011. With embarrassingly little exaggeration, that moment changed my life forever. Since that occasion, I have embarked on an unscientific yet succulent quest: to find great barbecue north of the 49th parallel. Yet unlike the southern United States, quality barbecue in Canada is a prime example of a hit-and-miss. One establishment may cause its greasy patron full appeasement, while the next triggers overwhelming dissatisfaction. In Prince George, I have found the former.

How the Copper Pig compares 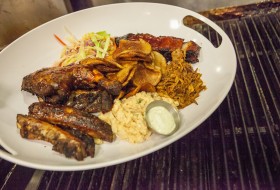 The Copper Pig, I believe, could rival any barbecue joint in the country. Most of the meat dishes on the menu have undergone a week-long preparation before arriving in the customer’s plate. The potato salad is home-style goodness, the coleslaw sweet and crunchy, and the Shasta chips are perfection. My personal favorite, which the waitress who usually serves our table knows as ‘the regular,’ is the “Almost Famous Pulled Pork Sliders” dish with a side of coleslaw and Shasta chips – in my stomach for only $12.50. (Full disclosure: I just had this meal about one hour ago during my weekly barbecue pilgrimage). However, for the first-timers I would recommend the George Street platter, a share dish featuring BBQ ribs, beef brisket, pulled pork, smoked chicken, coleslaw, potato salad and Shasta chips. (Additional disclosure: writing this is making me want to go back again tonight).

Drinks to complement your meal

Now, if anyone has had barbecue in Dixie, they know that I have thus far left out a key component of the dining experience. True to form, the Copper Pig also does alcohol wonderfully. There are no less than 37 beers 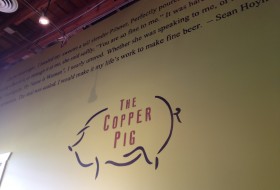 available at the bar, including 25 BC craft brews. Mercifully, the likes of Corona, Budweiser and Coors Light are not included on the list. If anyone wants one of these brand beers to wash down their food, this is unabashedly not the place to be. Moreover, owner Tyler has designed a drink menu around a prohibition-era whiskey bar theme, which includes such tipples as the TCP Signature Sour, the Copper Nail and the Black Rasp Mojito. There are over 35 whiskey labels to choose from.

Undeniably, the target clientele of the Copper Pig is the 25-45 year-old professional (of whom there are roughly 10,000 working within a short walk of the restaurant’s downtown George Street location). However, the eatery is also open to families. While the front of the restaurant is liquor primary, meaning patrons can have a drink without having to order food (and is thus a 19+ zone), the back half is food primary and is a welcome place for all ages. 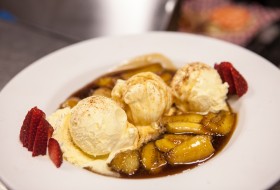 In conclusion, the Copper Pig is a timely addition to Prince George’s culinary scene and an inspiration to Canada’s slapdash approach to good barbecue. Geographically, George Street in Prince George may be as far from George Street in Charleston, South Carolina (one of the undeniable capitals of barbecue) as one can get. But the ribs and whiskey feel much the same.