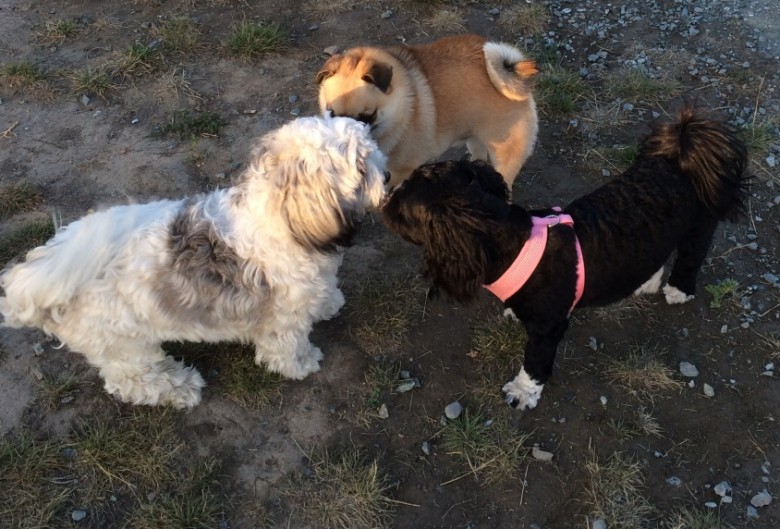 I recently moved to a new area of Prince George and have been spending some of my time exploring different attractions in my neighbourhood. I discovered my absolute favourite spot just last week when it was 32 degrees outside and I was dreading taking my dog Belinha for a run. She was inside all day so I knew that she deserved some fun in the sun and I remembered seeing a dog park five blocks from my house. After harnessing her, packing my doggie care bag with treats and water we headed out to the park. 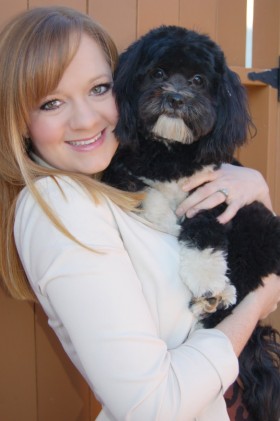 When we first arrived at the Duchess Fenced Dog Park, my first impression of the park was ‘WOW’; there was a water fountain for the dogs and a supply of doo-doo bags so I wouldn’t need to bring my own next time. The park was well kept and there were several dogs running around; most of them were about 50 pounds heavier than my little shitzu/poodle cross, but I decided to let her play and see how it went. All of the dogs immediately swarmed her in an effort to sniff, lick and greet her in their doggie ways. She was very unsure of the situation at first, having never been around so many giants before, but after an hour of waiting and watching she started to play with the largest dog of them all (a purebred Giant English Mastiff) who is about as docile and friendly as can be. His name is Boda and he is by far her largest friend!

After an hour in the dog park the small breed dogs began showing up, and I was super happy to see that there is a separate fenced area for small dogs! Inside, Belinha made lots of friends her size and ran laps with one super hyper poodle. They burned off a lot of energy over a half an hour period while I got to know the other puppy parents who often visit the Duchess Fenced Dog Park. I learned that the same people frequent the park on a regular basis and they have really gotten to know each other, as have their pets. It is a great little spot to go for some doggie fun and get to know the friendly animal lovers of Prince George.

There are many other places to enjoy walking and playing with your furry friend in Prince George. Discover them all by visiting the City of Prince George website.