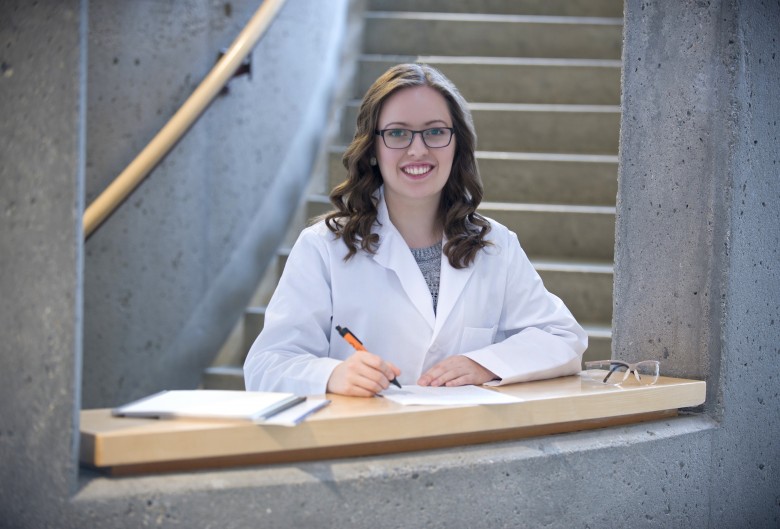 Yes, you read that age correctly. Emily is the youngest person to ever make this city’s Top 40 Under 40 list. She earned it without question by going above and beyond all expectations of people her age.

If you missed her earlier accolades, Emily has gotten public attention already this year for being named Prince George’s Youth of the Year. That citation and this one follows a litany of social justice and science causes she has been involved in, and taken to impressive levels.

On the social side, Emily is the vice-chair of the School District 57 Student Advisory Council where she engages in anti-bullying initiatives and other topics on the student agenda. She is also president of the Rotary Interact group raising awareness of numerous causes. She has won many awards for her public speaking and debating skills. Her academic standing is stellar.

She also volunteers for Simon Fraser Lodge, St. Vincent de Paul Society, at the hospital, and many other ways that touch lives for the better.

It is the world of science fairs where she exceptionally shines. “One of Emily’s goals is to find a cure for a certain type of cancer,” said one advocate. Her science project exploring that possibility won local awards and scholarships, advanced her to Team Canada at the International Science Fair in Taiwan where she won first place in her category. Her advocate added, “she is also investigating the possibility of a patent” for research findings she’s made in partnership with UNBC professors.

“I believe that your age is only a number and that you should not be underestimated, nor should you underestimate yourself, based upon it,” she said. “Anyone is capable of accomplishing anything if they are determined and put their mind to it. I want to make a difference in the world; if one day my research does make a difference, that would be a dream come true.”