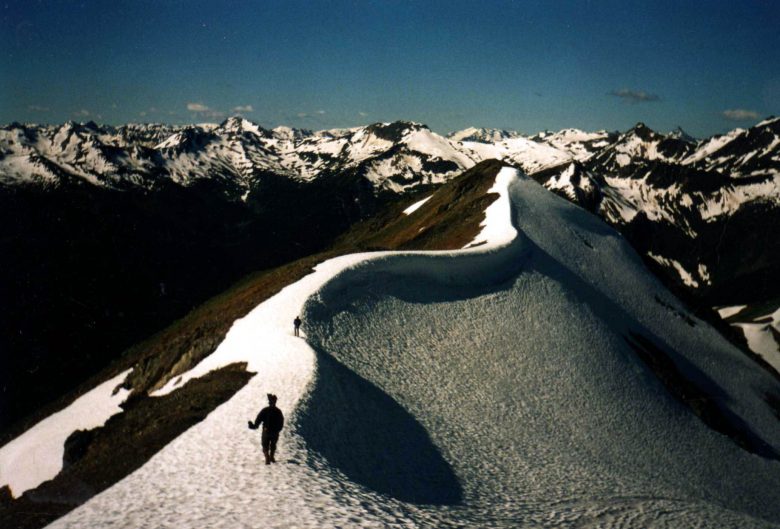 Several years ago, I moved from Ontario to Prince George to work for a forestry consulting company that services the exceptionally vibrant forest industry that exists in the British Columbia Central Interior. Through employment with this company I have been continuously exposed to all that the natural surroundings had to offer: vast forests, towering mountains, freshwater rivers and streams, and a plethora of flora and fauna that would satisfy even the most acute lover of nature. I’ve climbed mountains to the snowy summit, offering views of even higher peaks such as Mt. Robson, the tallest mountain in the Canadian Rockies. I’ve followed streams in the Omineca Range, where cascading whitewater carved out canyons of green jade. I’ve snowshoed through the pine-covered Parsnip River flats as a small herd of Mountain caribou strolled to within only a few metres of me. But alas, one cannot explore indefinitely, and every adventure required a base from which to strategize and plan the next mission. So, Prince George became the place where I hung my hat, and the home-base for an amazing series of wilderness adventures and experiences that have spanned numerous years. 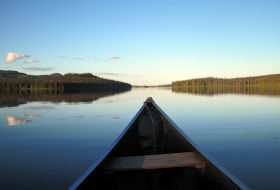 ork takes me to the different corners of the BC Central Interior, some of my most amazing experiences in nature have occurred within an hour or two of the Prince George city limits. Hiking trails east of the city became a common weekend destination. The lakes to the west served as a brilliant place to spend a hot summer day. Exploring the Fraser River valley south of town would bring me among hillsides of aspen and huge Douglas fir, and would almost always guarantee deer sightings on an early Sunday morning. To the north: more hikes, more lakes, more nature. Prince George is truly surrounded!

When a person moves to a new place, they normally begin by exploring the nearby locale, and then expand from there. I seem to have done the opposite. Nevertheless, the longer I live in this city, the more amazed I am of the close proximity the city shares with an incredible natural environment. I have seen moose walking down the street; I have seen mule deer nibbling on the cedar hedges in the yard; my neighbour has a fox den that was home to five small, adorably cute kits. Ask any 4th year University of Northern British Columbia student if they’ve seen moose on campus, and I’ll bet they say they have. Take a walk around the Forests for the World trail network behind the university, and I guarantee that it will feel like you are miles away from civilization. Snowshoe around Eskers Park, 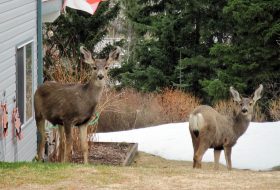 cross-country ski at Otway, or head to the snowboard park at Tabor Mountain, and you will quickly find yourself looking forward to winter.

Prince George is truly surrounded by nature, and I have never seen a city of this size where it is so accessible. A couple of years ago I was chatting on the phone with my brother from Toronto. The conversation revolved around cross-country skiing, a sport that we both love. I informed him that I had to cut the conversation short because I was “meeting a friend at the ski-hill in 10 minutes”. There was a pause on the phone, then my brother said, “if I lived that close, I’d be skiing every day!!” Knowing that he drives over an hour to go skiing outside of Toronto, it reconfirmed my understanding of just how lucky I am to live in a place where the natural environment is right at my doorstep.