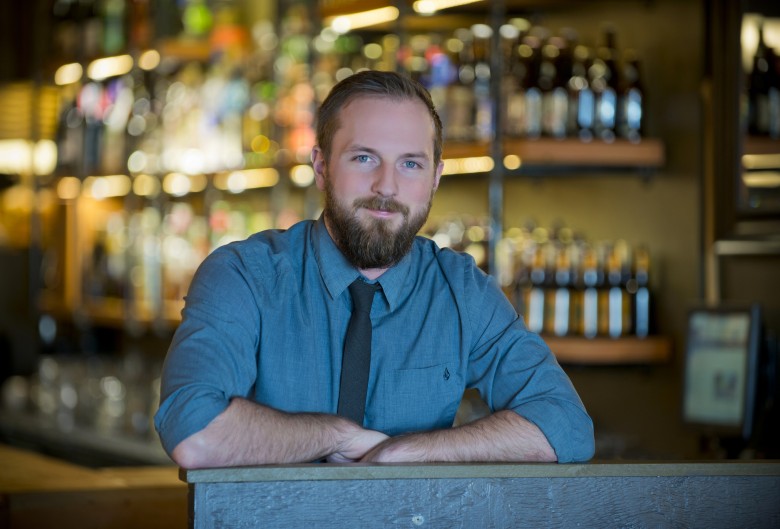 Foley has worked in the hospitality industry more than 12 years. He got a Entrepreneurial Certificate from CNC, laddered to a business degree from UNBC in 2012, then opened the downtown pub-restaurant almost immediately.

Foley reports 20 per cent growth per year since they opened. They won the New Entrepreneur trophy from the Chamber of Commerce soon after opening, and already they are seen as leaders in business for the way they have developed an ecosystem of economics within their walls.

“Under his leadership, Nancy O’s is able to host over 150 live shows per year, creating a draw for people to come downtown,” said one supporter. “He has been an integral part in pushing a ‘farm to table’ menu at the restaurant, making connections with local farmers and keeping more money in our community.”

The revitalization of the city’s business core is more than a passing interest to Foley. He joined the board of the Downtown Prince George development agency four years ago. This year he took the role of president. In that time, he said, he helped “design and initiate the façade improvement program which has been used as a model for other communities in the north.”

He and Fedorkiw are now planning to open another business downtown, expanding their economic influence even more.