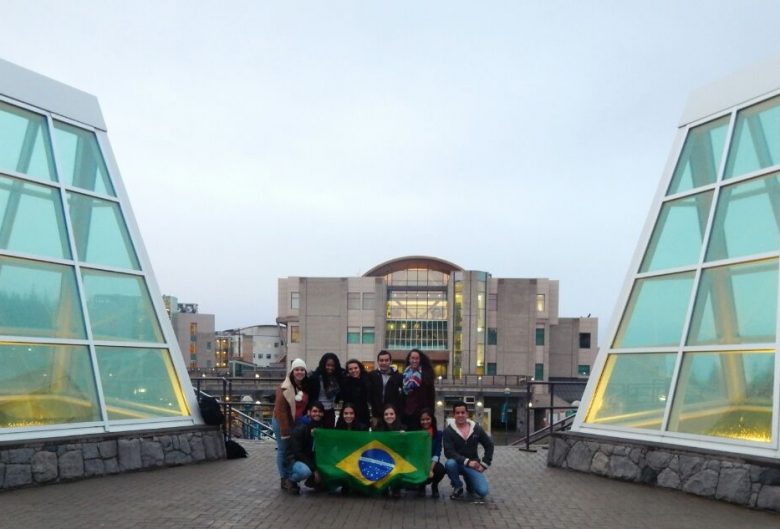 I can remember the day I received an e-mail for being awarded an 18-month scholarship funded by the Brazilian government to study at the University of Northern British Columbia (UNBC) like it was yesterday. I was so happy when I got that email that it didn’t even cross my mind that I had no idea where they were sending me. I just wanted to experience something new!

I was born and raised in the city of Ribeirão Preto (Sao Paulo State) in Brazil. In 2013, I was close to earning my degree in biotechnology at the Federal University of Alfenas when I had the most life-changing idea ever (although at the time I didn’t know that): apply for a scholarship called Science without Borders. The Brazilian government was funding students to study abroad in various countries. I was studying English so I chose to further my education in Canada. I then started to pick the universities I would like to attend and of course, coming from a tropical country, I wanted to live in a warm place. I picked the warmest places in Canada, or so I thought.

Being accepted at UNBC 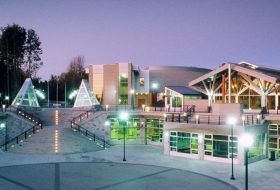 UNBC in the evening.

Three months later they announced the students who were accepted, and I was going to the University of Northern British Columbia (UNBC) to continue my education. I was so happy that I did not realize that I had no idea of where it was; I was just calling everyone and saying that I was going to some place in Canada. I remember that some days later UNBC sent me an email asking for my information, and I finally decided to Google where I was going. Most of the pictures showed very cold scenes… there was snow everywhere!!! In my mind, I was thinking “Okay, they want me to go to the coldest place in Canada, but it’s okay, I will be fine”. I also remember my friends asking me where I was going and I would jokingly say that I had no idea, but that the place looked like Alaska. I was not worried at all, I just wanted a new adventure! Of course, I had never heard about Prince George before, but I had never felt so ready to pack and go.

Getting to know Prince George and the region 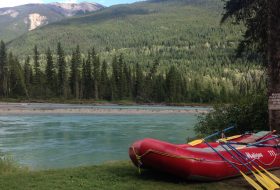 It was June 2013 when I arrived in Prince George. Luckily, I was not the only Brazilian arriving. There were three of us at the beginning experiencing amazing adventures in Prince George, and at the end, it was more than 10 of us. It was summer and the weather was warm and nothing like the pictures I had seen, so it felt like paradise. We explored every place we could; we spent time at Shane Lake, hiked Forests for the World, and went to pubs at night.

Feeling welcomed by the community

Prince George is definitely the best place to go if you can’t afford a car. We were so surprised to see that the buses have a schedule, and that they actually follow the schedule. Because of that, it was always easy to go everywhere. One of the most surprising things that I remember when we first arrived was standing at the bus stop by Walmart with our arms full of groceries, and a lovely lady pulling over and asking us if we wanted a ride. We were so shocked that it took us some minutes to reply, since it’s not common for any of us to be offered a ride by a stranger. And what was even more surprising was that she spent her day driving us to so many places just to show us Prince George. We were definitely feeling welcome.

Finding my education destination and home in Prince George 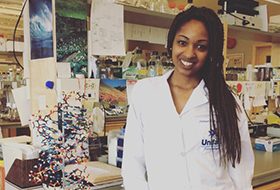 Fatimat in a lab at UNBC.

I, for sure, have never seen in my life such an amazing international community. It’s incredible how I met people from so many different places of the world. But what really amazes me is how respectful people are regarding different cultures and religions. That is one of the reasons that I could not be in a better place to further my education than at UNBC. Moving to Prince George to study at UNBC from June 2013 to December 2014 changed my life. In 2014, I started to do research at the Rader Lab at UNBC, and I had such a great experience that it made me decide to pack and come back from Brazil to Prince George again in 2015. In 2015 I started my masters degree in biochemistry at UNBC.

I moved to Prince George to have a new experience abroad and not to stay, but I had such great experiences that I returned. When people ask me why I chose to pursue my education in Prince George at UNBC, I say I didn’t because I did not at first; it was like Prince George chose and made me stay!

So what are you waiting for? Check out the international education program offered through UNBC and see if the university is your education destination and if Prince George could be your new home.