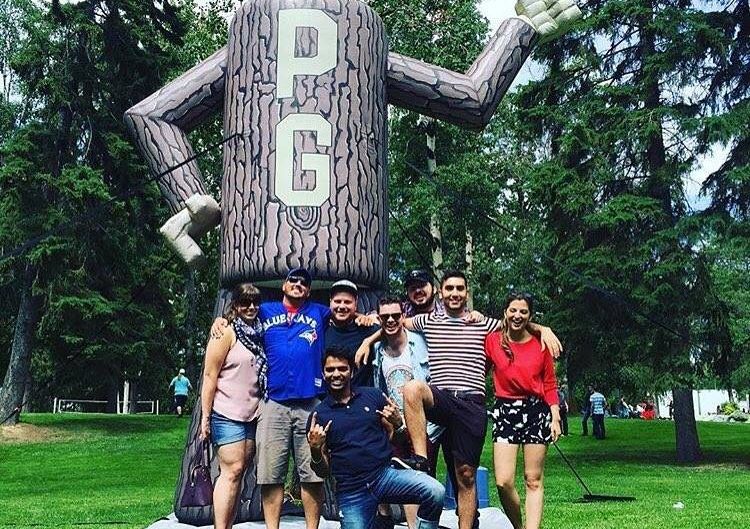 Finding out Prince George is great

How I perceived Prince George

Growing up in the Lower Mainland, you don’t hear a whole lot about Prince George. Macleans, rotten egg and winter are probably the only three terms I could have associated with the city before I became a resident. This is because the Lower Mainland exists in what I like to call ‘The Bubble’. People in the Lower Mainland don’t know or care about anything outside of the bubble. Basically, anything past Chilliwack doesn’t exist, which obviously is unfortunate because now that I’ve left the bubble, I now know we have so much to see and offer!!

Why is Prince George Great? 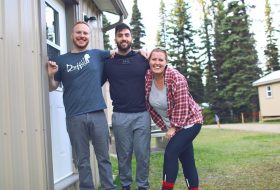 Just two of the great people I’ve met since moving up.

Transient: This is not in a bad way like vagabonds or drifters. People are forever moving in and out to better themselves which is so amazing to see! Everyone who has come through Prince George has their purpose and this city has helped them take that next step with work/school/life etc.

Eclectic: Where else in Canada can you have blue collar, white collar and hippies in one city all co-existing and being great friends? If you want the most eclectic group of friends ever, move to Prince George. Your life will be the better for it.

Northern Hospitality: They have it in the south and I believe we have it in the north! Whether you are friends, acquaintances or strangers everyone is just so damn nice. It could be minus 30 out and a stranger in Prince George would give you the shirt off their back if you needed it. 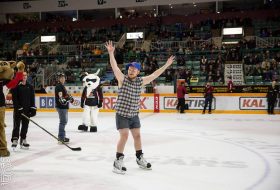 “Wouldn’t be able to do this at a Canucks game”. (Me at the CN Centre for a Cougars game)

Affordability: Where else in Canada can you afford to buy a house, have a car, go out most weekends and shop at the Farmers’ Market every Saturday and still have money left over?

Opportunity: Just look at the revitalization of our downtown core; businesses are popping up like crazy! This means there are lots of opportunities for entrepreneurs. Also, how many people do you know have moved to Prince George to get ahead and are now thriving and have a better job than they could have ever imagined? I personally know quite a few.

The Outdoors: Just drive five minutes out of town and you’re in it.

We have so much to see in our province that exists outside ‘the bubble’. If you had told me almost three years ago I would live in Prince George and love it I would have called you INSANE! Fact is, this place is pretty great and anyone should be proud to call it home.