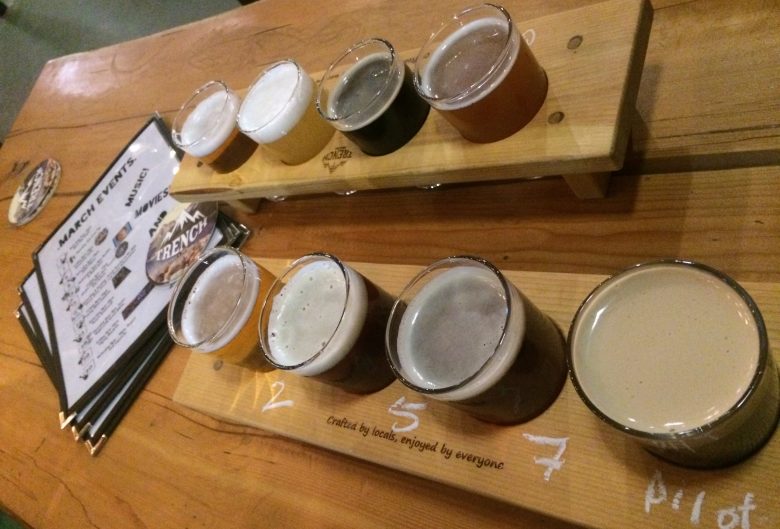 Microbreweries have been popping up all over the place for the last decade or so, each bringing their own brand of brew to an ever-evolving industry. Prince George’s very own Trench Brewing & Distilling and CrossRoads Brewing have established themselves not only in the broader microbrew scene, but also locally as the go-tos for growler-fills and social sips. With taprooms that invite every occasion from business meetings, to birthday parties, to meet-ups with pals to kicking off a night on the town, CrossRoads and Trench entice their patrons to stay and enjoy the room. Alternatively, snagging a growler fill on your way to a BBQ or outdoor adventure makes for a great way to enjoy some of Prince George’s local brew.

Trench Brewing: A pint or a flight and entertainment 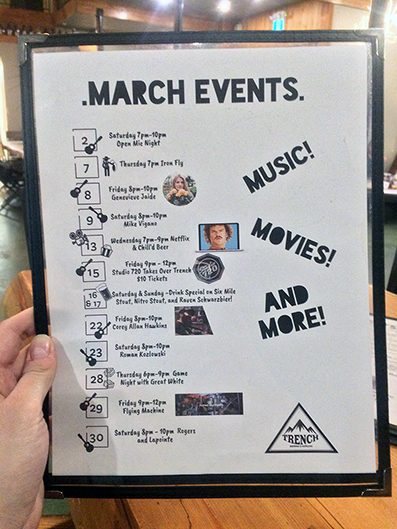 Hosting regular live music, trivia and film events, Trench Brewing offers events-to-drink-beer-by that make for fun, easy get-togethers with friends. Whether enjoying local talent or sampling a flight at the bar after work, Trench has a host of beers for any palate that are interestingly named after local outdoor landmarks. The Fang IPA (named after popular local hiking destination, Fang Mountain) boasts a delightfully fruity hop aroma balanced with a gentle bitterness that makes it an approachable and interesting brew to sip. 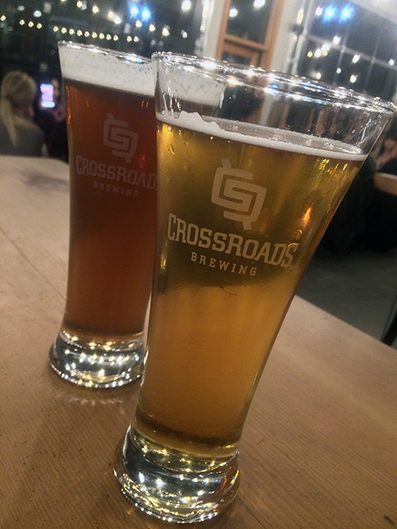 CrossRoads has made its mark on downtown Prince George with seasonal street parties staged outside of their central location. Boasting an outdoor patio curling lane in the winter and motorsports demonstrations in the summer, CrossRoads street parties are a great way to try on a little bit of sport while you enjoy your beverage. The Cloud 9 Witbier makes for a smooth sail no matter what time of year it is, boasting a citrus and coriander top note that doesn’t overpower with sweetness.

Both Trench and Crossroads host guest taps, supporting each other and other regional breweries such as Barkerville Brewing (Quesnel), Three Ranges Brewing (Valemount), and Wheelhouse Brewing (Prince Rupert). The cross-support of breweries is an indication of the good relationships brewers have with each other in Prince George and the surrounding area. If you’re looking for a city in which to imbibe while supporting local ventures, or perhaps are looking to kick up a brewery of your own, Prince George has a solid craft brew scene that will not disappoint.