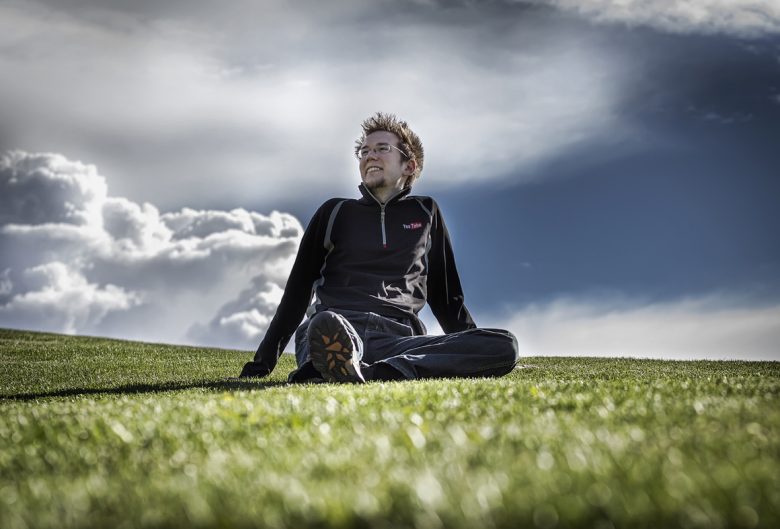 The Internet has changed the rules about where you can live and work. Work used to have to be done in the same area you lived, now, ‘the place you live’ and ‘the place you work’ are becoming two separate things. To illustrate this, I’ve been asked to share my story.

Teaching the world how to play piano from Prince George 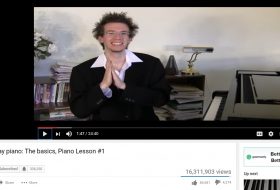 I first began my YouTube channel in November 2006, back in the early days of YouTube when the most popular channel didn’t have more than 40,000 subscribers. In 2006, I was a 19-year-old guy with no connections or business experience. I also happened to be living in Prince George; a 9-hour drive away from the closest urban centre. My channel taught people how to play the piano, and by early 2008 I ranked #1 on both Google and YouTube searches. Day and night, people from all around the world (USA, UK, Philippines, Russia, Japan, Australia, Mexico, Cambodia, Brazil, India, Iraq, France…) watched, commented, and learned from the videos that I shot here in Prince George. In the summer of 2008, I was contacted by big ’ol WNYC Radio in downtown New York City with a listening audience of over 1 million people who wanted to interview me on live radio for an hour. I remember being both giddy and mortified for the first interview I’d ever been asked to do. An hour before the interview I remember my stomach feeling like it had been flipped upside down and I shook on the inside from adrenaline, but it ended up going well and was a surreal first media experience. Other press coverage highlights included a national magazine story and later being quoted in Forbes.

Having an impact on people around the world 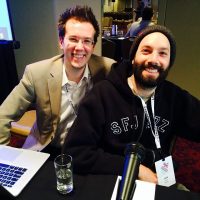 I continued to pump out videos, created a website, and expanded into teaching a full course of music theory. Then I created a forum that attracted about 120 daily active users and 6,000 members who all shared their stories, experiences, goals, and troubles related to learning and playing piano. Because of the forum, I began teaching lessons over Skype as well. As my channel grew, I couldn’t reply to everyone anymore as I was bombarded with thousands of messages from people writing between 10 and 1,000 words about how my videos had helped them reach their dream of playing piano. One student in particular from Norway named Thomas learned to play piano very well through a combination of my videos, tons of practice, and the feedback I gave on his videos through my forum. Thomas eventually began composing and later, one of his compositions was broadcast on Norwegian national radio! I was so proud of him. I met some great people through the Internet including other YouTubers, who have become friends. I even met my wife online. 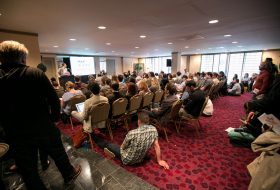 Over the last few years, I have worked in various arrangements with companies from New York, San Francisco, and Berlin. At CES in Las Vegas, I demoed a new edtech platform for at least 30 reporters from media outlets including USA Today and Times Magazine. In 2014, I gave a talk about my website in front of US media, record labels, and other top players of the music industry at the San Francisco Music Tech Summit. During 2015, I co-developed music software with a full-time programmer in Seoul, South Korea for the Versal platform. As of writing this article, I have 300,000 subscribers on my YouTube Channel and 40,000,000 total views.

Prince George is an ideal location for a virtual business

The point of me listing all of these names, things, and places is to illustrate that the entire time I was connecting and working with all these people, I was living in Prince George. Through the Internet, we can connect with people and do work all over the world. Anyone who lives in a city that has an Internet connection can start influencing and working with the global community. True, you may still have to fly to an event or meeting sometimes, but I like living my day to day life in Prince George because of the lifestyle if offers. Want to get somewhere in town? 15 – 20 minutes tops and you’re there. Comparing transit time with a major city, I could spend up to an eighth of my life commuting each day. Prince George offers most of the things a major city offers, yet these things don’t cost half as much as they would in Vancouver or Toronto. I love having the four completely different seasons to enjoy and it’s great having day-trip access to dozens of lakes for camping or canoeing, plenty of hiking, biking, and skiing trails, or heading over to Jasper or Banff and the Rockies for a weekend.

Because of the Internet, you can now live where you want, work remotely, and get the best of both worlds. I’m a proud citizen of Prince George, and working here doesn’t limit my career, but helps it thrive. I see myself living here with my family for a long time.