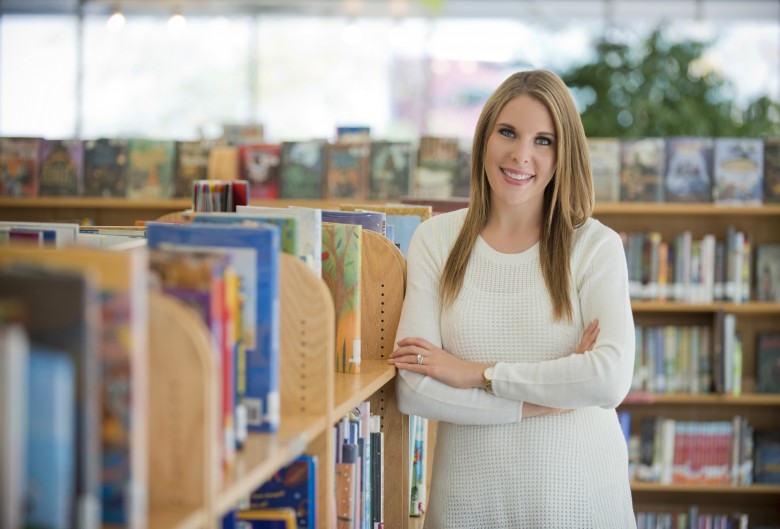 Intellectual roots don’t grow much deeper in a community than in the children’s section of the public library. That’s where you’ll find Kaitlyn Vecchio, working in the same department she used to wander as a child herself, growing up in Prince George before moving away for a Sociology Degree at Thompson Rivers University then a Master degree in Library & Information Science at the University of Western Ontario.

One supporter said Vecchio was “ecstatic” to get a position at her beloved hometown library and now “enriches the lives of children daily” by thinking outside the box and going “beyond the typical story time in her position.”

She has been the mastermind behind such unique library initiatives as Touch A Truck, the Lego Club, holding a Digital Story Time program, and she sourced new funding to perpetuate the Books For Babies Project whereby she delivers bags of books on a monthly basis to the Prince George hospital for each newborn to take home their first stories. She is also involved in the Success By Six early literacy program.

“I love my career,” Vecchio said. “I’m so lucky to be able to be a voice for the importance of literacy. Working with families in Prince George is an honour. The most enjoyable aspect of my job is making connections with children and their families.”

She is also a human nexus for other communities, in her role as lead coordinator for the local library’s biennial “Beyond Hope” conference, drawing about 150 librarians from all over the north into Prince George for cooperative learning and networking.

Her academic research paper “Quantifying Patron Time: Use of a Public Library” was recently co-published (with UNBC librarian Allan Wilson and Kwantlen Polytechnic business professor John Shepard) in the Journal of Library Management.

Like few others can, Kaitlyn Vecchio is writing new chapters of success for the community of Prince George.