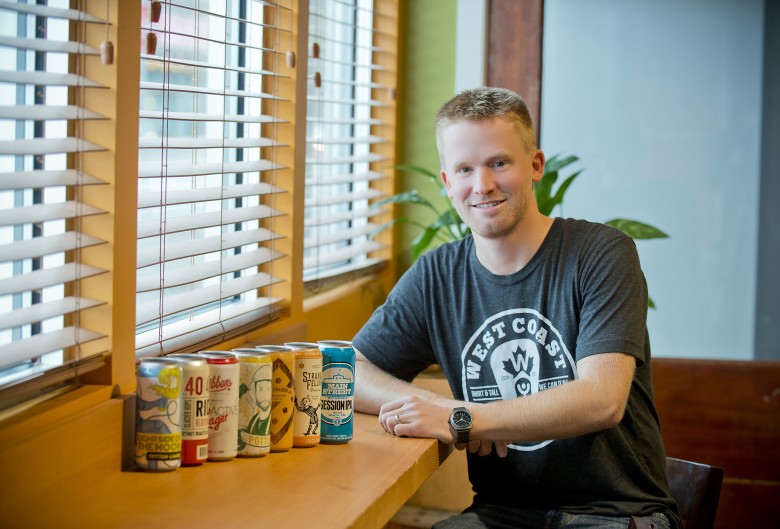 One supporter called him “the hardest working person I have ever met” with “a goal in life to stay here in Prince George where he can make a difference.”

He is not above being the guy selling raffle tickets or volunteering in the kids’ craft area at an event, but he also keeps more elaborate company on initiatives like the PG Golf & Curling Club Tournament Committee, volunteering for the Spirit of the North Healthcare Foundation Festival of Trees, and actively engaging with the Startup PG community.

He also believes that social development and community progress comes in the form of viable businesses.

“Today, I still own and manage my first company, Repac Products, and have five companies in total at various stages of startup, including a local craft ice-creamery I started this summer with my father called Frozen Paddle,” he said. “My most recent achievement has been the launch of Canada’s first mobile canning company with my partner Matt Leslie (both are UNBC graduates) which is changing the way craft breweries and cideries do business.” West Coast Canning has now surpassed 1.5 million cans filled.

They have been all over beverage industry’s media for this innovation, and it’s not the first time he’s been in the spotlight. He is stirring the golf industry with a software invention called FirePar that keeps speedier, more efficient tournament scores.

He got the business bug as a student at UNBC, graduating in 2007 with a double-major in Finance and Accounting. He bought Repac (packing for liquor stores) at the age of 26. Now he is fixated on creating innovation and boosting local employment, becoming an economic service to the city he loves to raise his family and work with his partners.