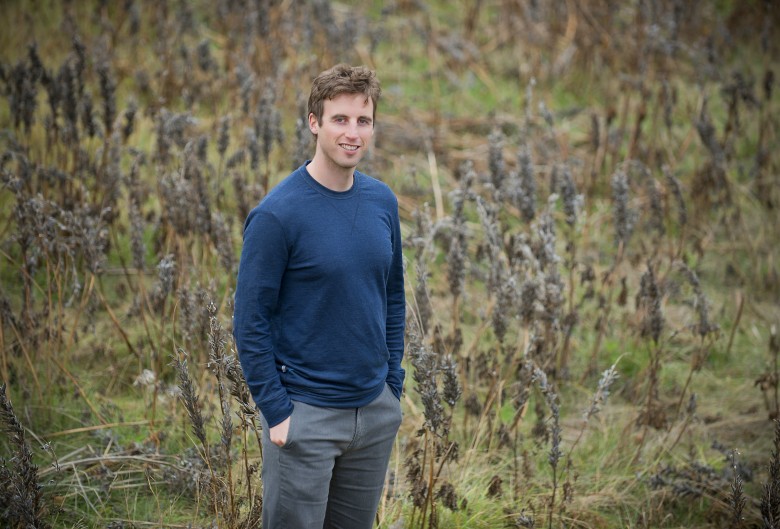 The wheels of life are turning for the community better than they ever have before, at UNBC, because of the way the mental gears are turning for Kyrke Gaudreau. He has been a Prince George resident for only about two years but he is spinning with this city’s possibilities for the future, and that is symbolized by the bicycle he rides up that enormous hill almost every day.

The concepts of community sustainability – a city giving as much to the world as it takes, being food secure from the local region, being carbon neutral, being net providers of energy – are the ideals that Gaudreau strives for in his work. It is believed that the university should be a leader in these categories, and Gaudreau is the leader of these goals at the university.

“I look forward to making Prince George the most cycling friendly and sustainable city in B.C.,” he said. Under his watch “UNBC became Canada’s ninth Fair Trade designated university, set up a partnership to donate food to St. Vincent de Paul Society, and won Canada’s Greenest Employer for the fourth year in a row.”

He has B.Engineering from McGill, a Masters and PhD in Social Ecological Sustainability from Waterloo, was an expert witness at power supply hearings in Manitoba, is a certified expert consultant in the topics of sustainability assessment and complex systems, and he is a master gardener.

His volunteerism also rolls into his work, as a director of the urban cycling file with the P.G. Cycling Club, a board member of the Northern Technology and Engineering Society and the P.G. Public Interest Research Group, was previously on the Kitchener Healthy Communities board and he haunts the public gardens and bike shops of the city.

“He is not only an inspiration on campus,” said one supporter, “he also practices what he preaches…he is a leader in promoting sustainability to everyone he meets.”