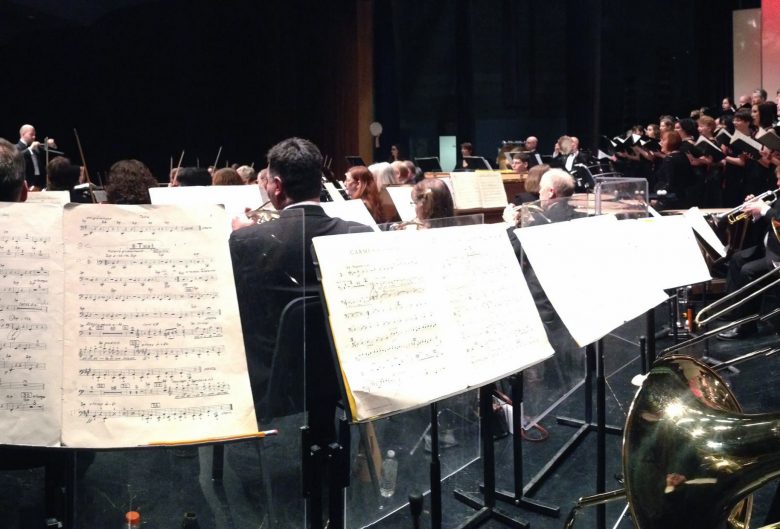 For the love of the PGSO

Moving to Prince George was a decision my family did not make lightly. Having the opportunity to work at the University of Northern British Columbia was tremendous and the main driver behind the decision. The many varied outdoor and cultural opportunities were also a draw. But I had a hidden reason for coming, one that not many of my professional colleagues knew about.

I’m a professional tuba player. I’ve been playing (and accepting requests to play the A&W Root Bear song) for almost 35 years, and hold a Bachelor of Music from the University of Ottawa. Knowing that the Prince George Symphony Orchestra (PGSO) was alive and well, and in need of a tuba player, was an alluring drawing card.

A personal journey with the PGSO 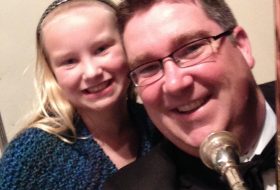 Matt’s daughter joined him onstage for a #symphonyselfie

I first played with the PGSO when I was just 18 years old. My father was a regular with the orchestra at the time, playing trumpet. He arranged for me to play a gig (that’s a job in musical speak), and my love for orchestral playing was born. That would be the last PGSO concert I would take part in for more than 20 years as I moved to Ottawa shortly after. That single early experience, however, had a remarkable influence on my post-secondary aspirations. I shifted from planning to be a music teacher to studying intensely as a performer. I was fortunate to play several concerts with the University of Ottawa symphony, many with the Ottawa Symphony Orchestra, and even played one show with the National Arts Centre Orchestra. Each time, I thought back to my beginnings with the PGSO and how my experience had influenced me early on.

When I moved to Prince George, I played my second concert with the PGSO in the spring of 2013, and quickly discovered that this was not the typical small community orchestra. Rather, it’s a professional unit that coaxes the best out of its performers. I need to train, to practice, and to be ready to play at the highest calibre to make sure I don’t let my colleagues down. 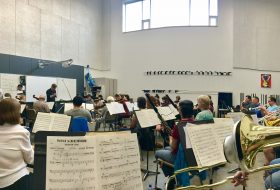 The future is bright for the PGSO. We just finished our debut concert with the new Music Director, Michael Hall. I’ve worked with many conductors over my 30+ years of playing professionally, and I can tell you he’s one of the best. I can see what he’s doing, as he lures the very best out of various sections of the orchestra during rehearsals. He understands the hybrid model – professionals and amateurs – and treats everybody with respect while demanding the very best, always in a positive way. It’s a difficult balance to reach, but I think he’s got it down, and know the PGSO will only benefit from it.

Playing with the pros 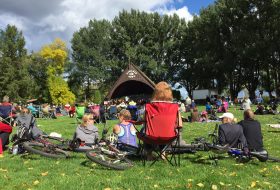 You may not recognize the calibre of players the PGSO employs. Many of the community volunteer musicians (including me) have pretty solid musical backgrounds, and all of them share a passion for music that elevates their playing beyond the amateur level. As for the professional core musicians, well they are truly outstanding and many would be welcome additions to professional orchestras in much larger centres. Whether it’s a small chamber concert, the ever-popular Pops in the Park, the new children’s series KinderConcerts that launches this season, or the flare of a mainstage concert featuring works from the all-time greats such as Tchaikovsky, Beethoven, Mozart and more, the PGSO delivers, time and time again.

Why I love the orchestra, and why you should too 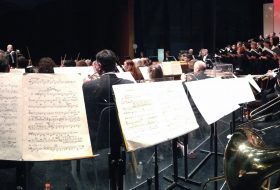 I’ve had some remarkable experiences playing with the PGSO, but there’s one that stands out, one that perfectly illustrates the impact music discovery can have on all of us. In February 2015, we played a concert that included many youth from around the region singing in the choir (for those of you who attended the Carmina Burana performance, you witnessed something pretty spectacular). Because those youth were at the concert, so were their parents, so the audience was fuller than normal with those I would call the very casual attendee, and I’m certain many who had never attended before.

I overheard one gentleman whose daughter was singing say that he’d never been to an orchestra concert before, and that he didn’t know what to expect. At the end of the show, I approached him to ask what he thought (I’m a former reporter, so I still tend to ask strangers questions). The look on his face, the sparkle in his eye and the tremor in his voice was all I needed to witness.

“Unbelievable,” was all he could muster.

The PGSO is a jewel in the social and cultural fabric of Prince George; I hope you take the time to get acquainted with us during our 2017/2018 season – you won’t be disappointed.