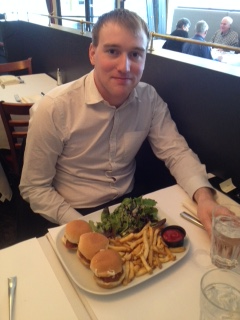 Making my home in Prince George

“Make sure you take some turkey and stuffing home with you,” is the usual request from my parents before returning to my job in Prince George at the end of the holiday season. Until recently I had never thought too much about the status of Prince George as my “home” officially. I left my small northern hometown a decade ago for a number of other opportunities and endeavors. However, it is just now setting in that I have not only graduated from high school and university, but I have also moved on to a new location that is now defined as my “home” by my friends and family.

Living in Prince George has become the focal point for my life now. Growing up in north-central BC I always saw Prince George as that “Big City” for the region, but wanted to see more. After living in a few larger metropolitan areas including Vancouver and Montreal I chose Prince George not because those cities were too big, but because a medium-sized city has more intimacy and direct access to all the things I love to do inside and around my home now. The best part is it keeps the appeal of a tight-knit community.

In the last 12 months alone I have seen amazing and diverse music at the CN Centre including The Band Perry, Great Big Sea, Alice in Chains and I brought my parents in to see Bachmann-Turner. There is also 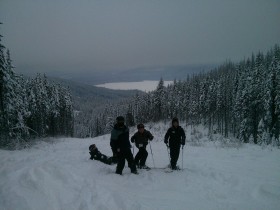 a great local music scene and the annual Coldsnap music festival that offers an opportunity to see great bands in small intimate venues.

Growing up in Canada also means taking advantage of what winter has to offer. Having four ski hills within two hours provides a variety of exposure to this activity, now a snowboarding addiction that fits into my lifestyle and budget. This is offset in the summer with camping, hiking and playing any of the eight courses nearby.

Lots of events to choose from 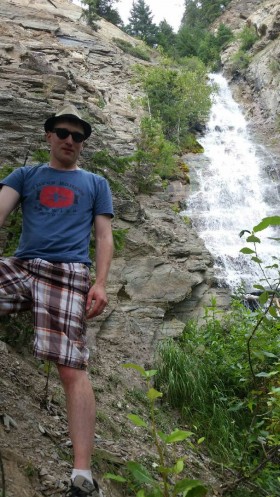 There are also a number of amazing events year-round such as the British Columbia Northern Exhibition, the Downtown Summerfest Taste Pavillion, and the Prince George Pride Parade. Having lived in Vancouver during an NHL work stoppage, and then had to pay higher ticket prices after the league resumed, it is great to have a WHL franchise with the Prince George Cougars that I can not only cheer for but afford season tickets to.

The most welcome change in Prince George since I have been here is the blossoming restaurant and food service industry downtown. The Salted Cracker and Nancy O’s are just a couple of the new eateries that I am proud to show off to friends and family when they visit or pass through.

It feels like I have not only replaced everything I had in my hometown, but I have upgraded while keeping the small-town feel and laid back attitude even with so much going on. Now I am discovering Prince George is more of a home than I ever expected.