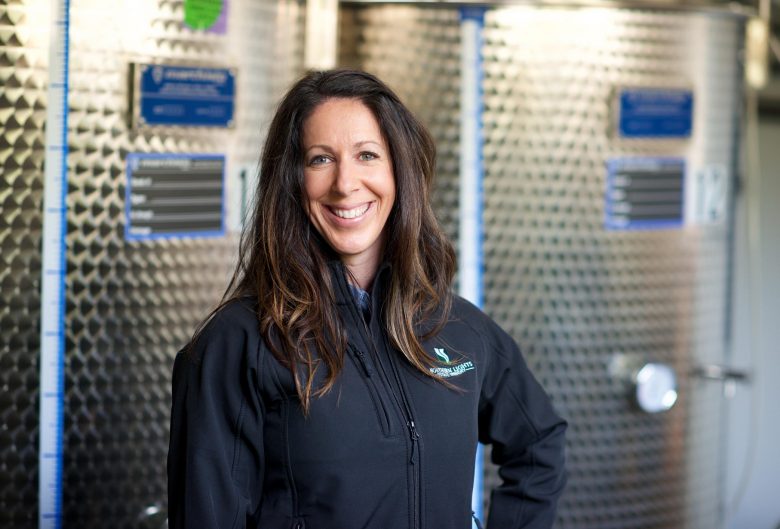 Making a geographic change for career or lifestyle is hardly a new thing. After all, if you’re Canadian, someone in your family once bravely made their way to the New World. Luckily, these days we have great resources – like the Move Up Prince George blog – to consult before diving in head-first. However, mustering the courage to make a dramatic life change is always a daunting decision.

This month I caught up with three adventurous, career-minded women, all of whom happen to have one thing in common: they moved to Prince George to elevate their professional careers. Because as it turns out, life in a bigger city doesn’t always equate to more – or better – opportunities.

But don’t take it from me, read on… 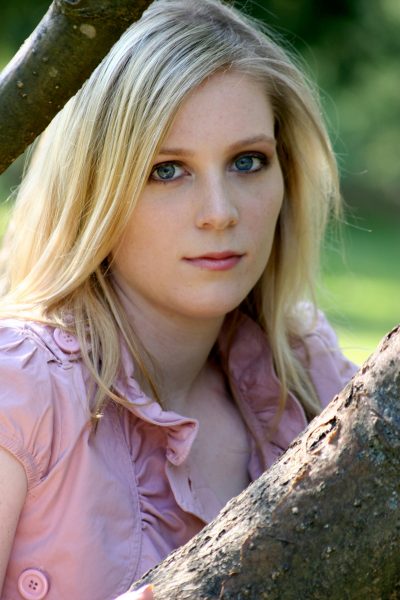 Jenn, what brought you to Prince George?

I moved to Fort St. John after completing my diploma in radio broadcasting at the British Columbia Institute of Technology in Burnaby. I was hired out of school as the afternoon announcer for the radio station 101.5 The Bear. After two years there, it was time for the next step in my career. I moved to Prince George, where I worked as the mid-day radio announcer and music director for 101.3 The River.

And where were you living before you moved up?

I was living in New Westminster.

What opportunities did Fort St. John and Prince George present to you that weren’t available in Metro Vancouver?

Living in both Fort St. John and Prince George gave me a chance to learn many different skills in the broadcasting field. These stations were smaller compared to the ones in other major cities, which gave me the opportunity to learn by experience and wear many different hats.

Where do you live now?

I’m in North Vancouver now. Combined, I lived in Fort St. John and Prince George for just under five years.

Seeing as you’re back down south, what factors in your current position can you directly credit to launching your career in Prince George?

I’m currently the aerial traffic reporter for CKNW 980 in Vancouver, as well as the marketing and social media coordinator for Euro Canadian Construction Corp. I feel I’m more confident in my job(s) because I moved up. Specifically, I was able to learn my craft in a low-pressure environment, so when I started my current role I felt really prepared.

Also, I have to say, I feel like I’m more adventurous since living in a small town and mid-sized city. I had to push myself to meet new people and try new things, things that I would have never done before. Now I have the attitude that I will try anything once.

Tell me three things you loved about living in Prince George.

The people, seeing wildlife, and trying new things – like ice carving with a chainsaw!

I had never lived in a place that had snow for an extended amount of time. You have to remember to plug your car in when it gets to be -30° or it won’t start in the morning.

Being away from your family is tough, and sometimes living far away can be lonely. But I found the people in the region to be the most loving and friendly people you will ever meet. They make you feel so welcome and they will do anything for you!

Any words of wisdom you’d offer to someone considering moving up to Prince George?

Do it! You won’t regret it. I made life-long friends living in Prince George, and it gave me such a leg up in my career. I learned many more skills in five years up north than I would have if I’d stayed in Vancouver. There are just less people in your field and you get to learn a lot more, a lot faster. 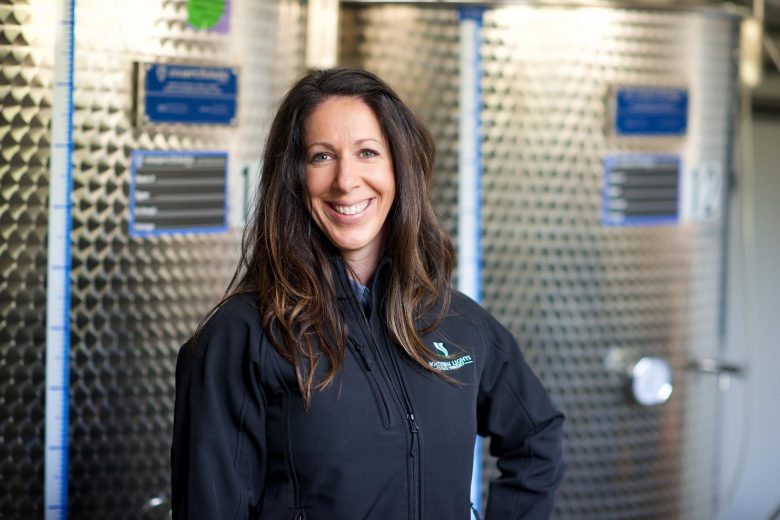 Wendy, what prompted you to move up?

The love of my life, Jack Giannisis, and an exciting opportunity at the Northern Lights Estate Winery.

And where were you living before you relocated to Prince George?

Tell me, what opportunities did Prince George offer to you that weren’t available in Kelowna?

A better quality of life, which allows me to travel more and spend more time with family.

Do you currently live in Prince George?

Yes, I live in Prince George.

What factors in your current role can you attribute directly to moving up?

I worked in the wine industry in Kelowna and was able to do so in Prince George.

So it sounds like you’re right where you want to be. Alright, name three things you love about life in Prince George.

Easy! The people, the outdoors and the lifestyle.

I know that relocating doesn’t come without its challenges. What were your biggest obstacles? What surprised you the most?

Learning to be a better driver in the snow, learning not everything is at my fingertips, and adjusting to the wildlife in my backyard.

Before we wrap, do you have any words of wisdom you’d like to offer to someone considering moving up?

It is little piece of tranquility and serenity and I would recommend it to anyone asking about moving here. The quality of life that it allows me and my family equates to spending more time with them. It is a breath of fresh air and I am fortunate to be here. 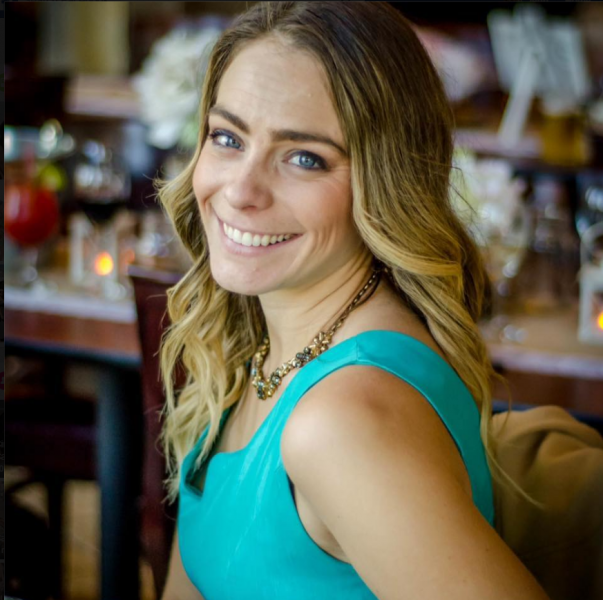 Alex, what specifically prompted you to move up?

I moved to Prince George to study planning at the University of Northern British Columbia.

Where had you been living prior to making the big move?

I was living in Richmond (my hometown).

Why was attending university in Prince George was the right move for you?

A few reasons, but mostly I felt a smaller school offered me better opportunities. For example, I was elected to student government, which might not have been possible on a larger campus. Plus, ‘moving up’ was an adventure, a totally new experience.

Where do you live now?

I live and work in Dawson Creek.

You studied urban planning at the University of Northern British Columbia. Were you able to find employment in the field you studied?

Tell me a bit about your current role.

I was lucky enough to have had the opportunity to take on the current planning of Dawson Creek, and aid the senior city planner with updating the Official Community Plan (OCP). This type of planning work really excited me and it has been a great opportunity to learn and build my skills as a planner.

It’s great to see you studied in Prince George and are now applying your education in the region. Pivoting back to your undergraduate studies, what did you love the most about Prince George life?

The PEOPLE! I can not say enough about the people; everyone is ready and willing to lend a hand. The opportunity to see British Columbia from different angles.

Tell me two things you struggled with at first.

Generally, it’s a just BIG change. My mantra is, “buy the ticket, take the ride”. You might have good days and days when you are homesick. Stay positive, enjoy the five-minute commute to work, and learn to enjoy a slower pace of life.

Also, it is very dry up here, so get some good chap stick and drink lots of water.

Any words of wisdom you’d offer to someone considering moving up to Prince George?

Central and northern BC offer a lot for anyone willing to move. I experienced this while I was studying at the University of Northern British Columbia and now in my current position in Dawson Creek. I have truly done things I would have never had the opportunity to do in a larger city.

Did you move to Prince George to launch or elevate your career? What would you tell people who are thinking about ‘moving up’?