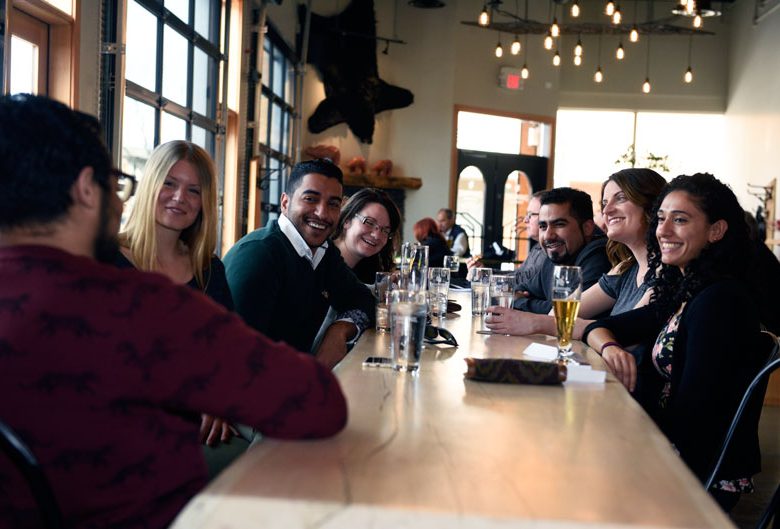 Meet an international student who chose to study in Prince George

Choosing a post-secondary school to attend after high school is hard enough, but deciding to leave your country to study at a Canadian university is even more difficult. Although leaving behind everything you know is definitely daunting, many students make the choice to study in Canada and really enjoy the experiences they have along the way.

I caught up with a student who moved from Saudi Arabia and decided to attend the University of Northern British Columbia in Prince George after living in Vancouver, BC for a short time and considering attending another university on Vancouver Island. Now, looking back on his time in Prince George, Mosa knows he made the right choice.

Mosa, what brought you to Prince George?

I’m originally from Saudi Arabia. I moved to Vancouver in 2010 and lived there for about five months before moving to Prince George. The main reason I decided to move to Canada is the education system; it’s way better than what we have in Saudi Arabia. I also had friends who were studying in Canada at the time, so that’s another reason I decided to move to Canada.

Why did you choose to study at UNBC?

I heard about UNBC through my best friend who was living in Prince George in 2010. When I first arrived in Canada, I was looking into studying at the Vancouver Island University, but decided on UNBC after comparing the two locations. I was worried about the winter weather in Prince George and not having any of my friends at UNBC, but I decided I liked the location of Prince George better. If I lived on the island, I couldn’t go anywhere after 9:00 p.m. because the ferry doesn’t run late. I love to travel and in Prince George, we’re kind of in the middle of everywhere. It’s 8 hours to Vancouver, 8 hours to Edmonton, 10 hours to Calgary and 4 hours to Jasper. So we’re in the middle of everything. 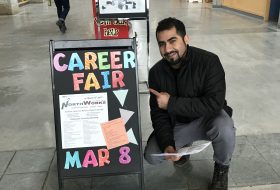 What opportunities has studying at UNBC opened up for you?

I’ve been given the chance to work with the international department as an agent for them to bring international students to UNBC. At first I was bringing students to the university for no reason, but then one of them said, “Aren’t you studying business”? and I said “Yes”, and he said, “Why don’t you become an agent”? “You’re bringing students to UNBC for no reason, but if you’re already studying business and you become an agent, you’ll get commissions for your work”. So that opened my eyes to be able to study business and put what I’m learning into practice, both at UNBC.

What do you love about studying at the university?

I like that I have the opportunity to share my culture with other students at UNBC and to show that we’re not different from other people. I also enjoy the relationships on campus with other students, the international studies department and the professors. The smaller size of the university means that professors have time for students. I don’t remember any time that I sent an email to a professor or that I asked at the end of the class to meet with a professor, I don’t remember a time when one of them said, no I can’t right now. They just said, yeah, let’s go, let’s have a walk and let’s have a coffee. They’re really there for you. You would never have that chance at larger universities. And also, the classrooms, they’re small so the focus is there, and while you feel that you’re in a university, you don’t feel lost.

Name a few reasons why you’re happy about moving to Prince George.

First thing I would say about the community, they don’t discriminate against you or look at you differently mostly. Also, the time it takes to get places. I live in College Heights and my girlfriend lives in the Hart and if I want to go there I just drive there and it takes me maximum of 15 minutes. So driving here with no traffic, I’m grateful for that, but if I was living in Vancouver, I know I’d use the trains and it would take longer and I wouldn’t like it. Affordability is also a big thing for me here in Prince George. It’s a really affordable place to live in; you can buy a house later on, you can do lots, but if you’re in Vancouver or any other big cities, you won’t have the chance to buy a house, a good house, for the amount you would pay here because here it’s like $280,000 average, but if you look somewhere else, it’s double that amount or more.

Do you have any advice for people who are thinking about moving to Prince George and studying at UNBC?

If you asked me this question three years ago, I would say, okay look into the weather, but honestly, don’t look into the weather anymore because it’s been really good. Since 2012 I would say until now, we haven’t had a really snowy winter. If international students want to come to Canada, I would say they should choose Prince George over anywhere and they should choose to study at UNBC specifically. Based on my experience in Vancouver and on what I’ve been told by other students, the English Language Studies (ELS) program at UNBC is one of the best in BC. If international students study English at UNBC, they’ll not only have great instruction through the program, but they’ll have a really good chance of going to the university after successfully finishing their university studies without having to write a test, which is a re 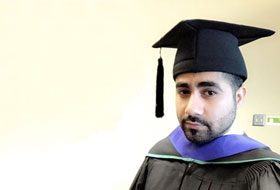 quirement at other universities.

So what does the future hold?

After moved here, I was like, oh, I don’t think I’ll live in big cities anymore unless it’s for a career and I have to go, then yes, but if I have a choice where I’ll live for the rest of my life, I would like it to be Prince George or another city like Prince George. Because I’m working with Walmart, they have a program which is really good for the associates. They’ll train me for three months all over Canada and then I’ll have my job right away as an Assistant Manager, and that’s my plan. If I stay with Walmart in Prince George, I would do a Master’s Degree in social work because helping others is a really good thing and I feel the love that comes out of it and like that others will think about you in the future that you did something for them and you were a good influence for them.