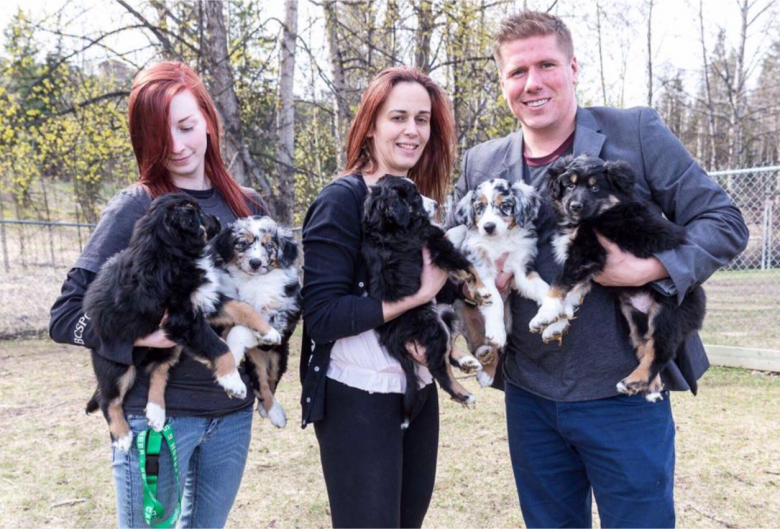 My move up Prince George story

Joe Postnikoff: I’m a 32-year-old who previously worked with WestJet Airlines for 10 years and decided to make a strategic career move to real estate. These are some of the details of what led me back to my hometown of Prince George. 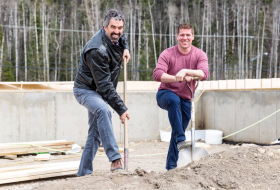 Putting shovels in the ground at the Nechako view subdivision.

Vancouver, Calgary, Whitehorse and Yellowknife. These are four cities I’ve lived in over the past 4 years. This has allowed me to gauge the difference between big city life and small town living. For me, each of these cities had something great to offer, but they also had shortcomings: Vancouver was too expensive; Calgary was too spread out; Whitehorse was too small; and Yellowknife…well minus 50 degree winters, need I say more? 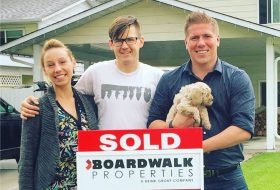 Sold! A happy couple and their puppy in front of their new home.

The reason I moved around so much is I was working for WestJet Airlines managing airports. I was fortunate enough to move from city to city and gain valuable experience and meet some great people along the way. I decided to leave my position at WestJet after 10 years of service and take on a new career where I could be my own boss and work directly with clients. Within 6 months, I had left the airport world and was writing my real estate exam at the University of British Columbia. Shortly thereafter, in February of 2017, I was approached by the Brink Group of Companies to help grow their Real Estate Division and I was moving up to Prince George and working with Brink Boardwalk Properties. The transition from managing two airports at the same time and having dozens of employees to being a realtor and being able to focus directly on the needs of my clients has been such a welcome change and has really allowed me to make great connections with fellow realtors and clients alike. 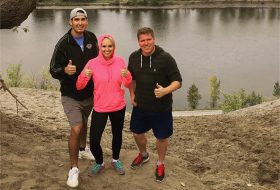 My first time climbing the cutbanks.

I prefer living in a city that possesses some characteristics of each of the previous cities I’ve lived in: a city that has 4 season living, access to lakes and ski hills, and most of all, a city that is affordable. For me, Prince George checked all of these boxes. I wasn’t moving to Prince George without knowing what I was getting myself into. I actually grew up here in the Hart neighbourhood from 1994-2000. I had great childhood memories and knew that this was a city that I’d be happy to settle in. People are friendly and there’s a great sense of community that not all cities are fortunate enough to have. It’s only been 9 months since I moved back to Prince George, but it already feels like home. 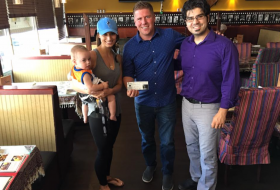 Don’t judge a book by its cover. I’ve always spoken highly of Prince George and those outside of central and northern BC sometimes get caught up in old news headlines or negative connotations without actually doing their research. I would say to anyone in a similar situation to me who is thinking about making a change to a different city to really give a hard look at Prince George and all it has to offer. This truly is a land of opportunity and a beautiful piece of BC that we should all feel truly proud to be a part of.

Do you have a story about moving up to Prince George? Sign up to write a blog or join the conversation on the Move Up Facebook and Twitter pages.