Much as it was in the 19th Century, there is substantial truth these days in the phrase “Go West, young man”. Since November 2013, Prince George has proven to be my land of opportunity.

I graduated from my Master’s degree in September of 2013, and returned to my hometown of Montreal that same month, on a mission to land a good job in my field of study. I didn’t think it would be too difficult. Though my Master’s degree is in Urban Planning, I focused much of my course work and thesis on the subject of economic development, and I perceived this to be an increasingly employable sector. I had degrees from two good universities, and considered myself to be a fairly marketable candidate. What I found in the Eastern side of the country, however, was an extremely competitive (and frustrating) job market. From Toronto to Halifax, I applied to a seemingly endless medley of jobs. Some of these sounded exciting, while others were quite bland. Yet regardless of the position, the results proved to be dismally similar. 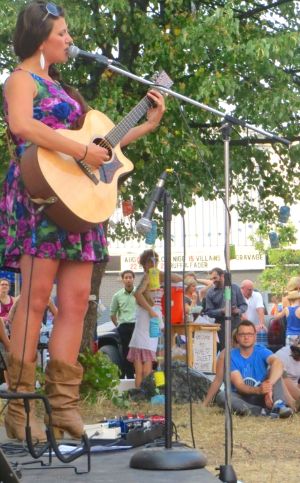 As my job search intensified, I began to come across a new lexicon of cities and towns which I had never heard of before. Suddenly places such as Terrace, Quesnel, Fort St. John and Prince George appeared on my radar: all were looking for people and all seemed at the forefront of something very exciting. Words such as ‘growth’, ‘development’ and ‘opportunity’ appeared everywhere. It was a far cry from what I was used to in the East.

I soon applied to an exciting job out of Prince George, BC. The more I thought about the job, the region and the city, the more excited I became. Part of the reason for this was that from the very beginning of the hiring process, I was not some number in a giant lottery. I mattered. The feeling of being truly wanted, rather than merely perceived as an acceptable candidate, was both refreshing and exciting as well as a sign of things to come. Eight months later, I still feel the same way.

Why I love living in Prince George

It is almost difficult to describe how that feeling translates into my life and daily job, but is largely due to a mix of factors. First, I feel extremely lucky, as a recent graduate in today’s labour market, to wake up every morning excited for work. This job has given me flexibility, creativity and responsibility, three of the most important aspects in any work environment. It would have taken me at least five years in a larger market to reach this same level. Second, in Prince George people genuinely want to meet others and learn from them. I am still amazed to this day that prominent business people, executive directors of non-profits and politicians are not only willing to meet me, but seem to value my ideas and my time.

Third, the city encourages volunteerism and personal ventures that help the community. In a place where the average commute time is under 10 minutes and the average house price under $275,000, work and life balance seamlessly. I have time to do my job, take on projects that I am passionate about, and have a personal life. Since I have been here, I have helped start a not-for-profit organization for young professionals as well as a first-of-its kind outdoor music concert series in the downtown. And it has only been eight months: in Prince George, anything is possible and one person can make a difference from the very first day. I would strongly suggest to anyone who loves new opportunities, likes to be involved in issues they are passionate about, and who wants to jumpstart their career, to make the move to Prince George.