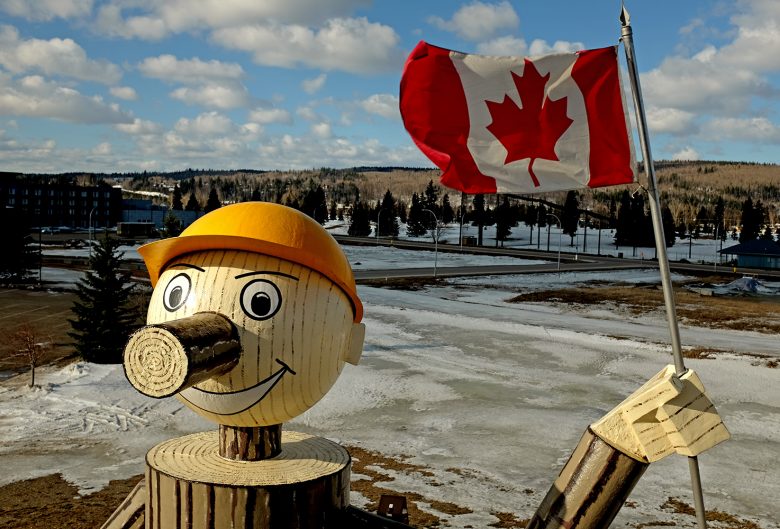 Mr. PG: Number one in our hearts

The date was March 25, 2020. We were already a week and a half into our new COVID-19 reality. The boys were in bed, I had turned on Netflix, a bowl of popcorn was ready for snacking, and I was ready to bunker down for the night. I opened Twitter and along the side noticed Mr. PG was trending. Why was our favourite wooden man trending? I quickly learned why and my night became much more exciting than I had originally planned. 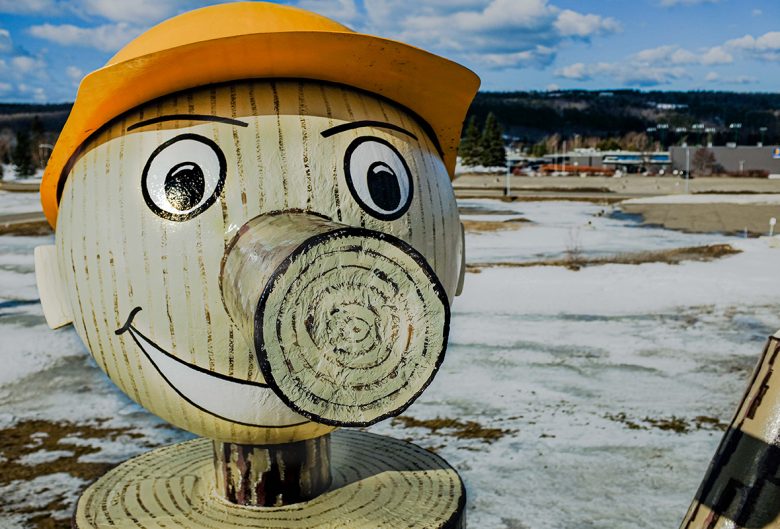 Hanna Peterson from PrinceGeorgeMatters.com highlighted some of Mr. PG’s great history in her September 2018 article. Learn more about Mr. PG on his Instagram page set up by the City of Prince George. 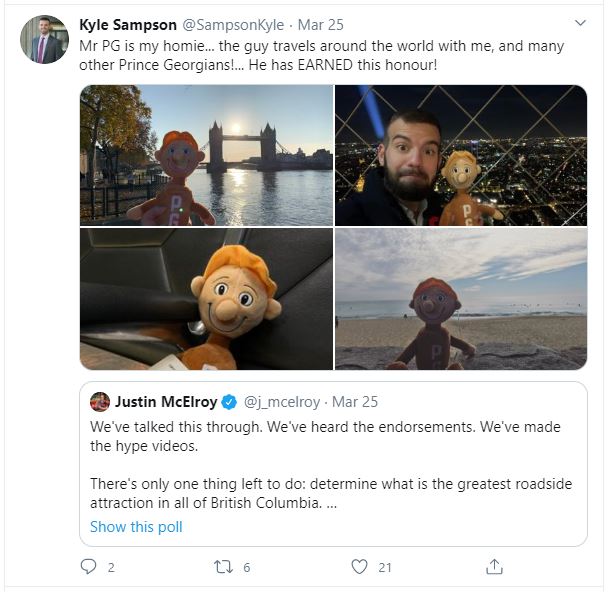 In a world where sports are cancelled, most recreational facilities are closed, and everyone is encouraged to stay at home, people are finding ways to keep themselves entertained. Justin McElroy is a journalist with CBC Vancouver and decided to do a Twitter competition trying to find BC’s best roadside attraction. Each day attractions went head to head and Twitter got to vote for their favourite. Mr. PG breezed through the bracket beating out competitors such as Kimberly’s Cuckoo Clock, Revelstoke’s Smokey Bear and even Penticton’s Giant Peach. We conquered the interior but now, our biggest competition was ahead of us. Coombs Goats on a Roof. 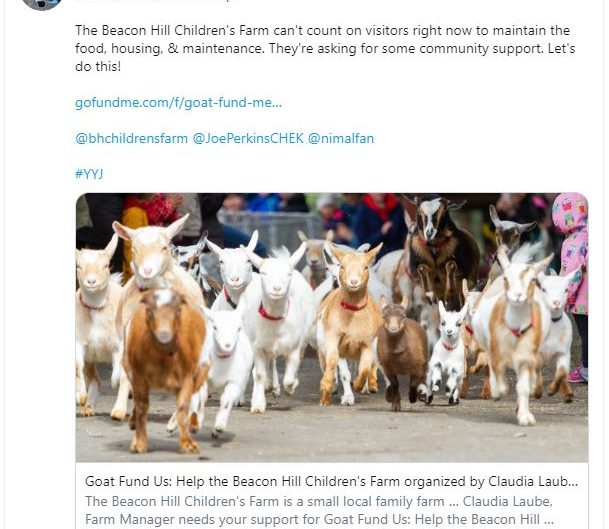 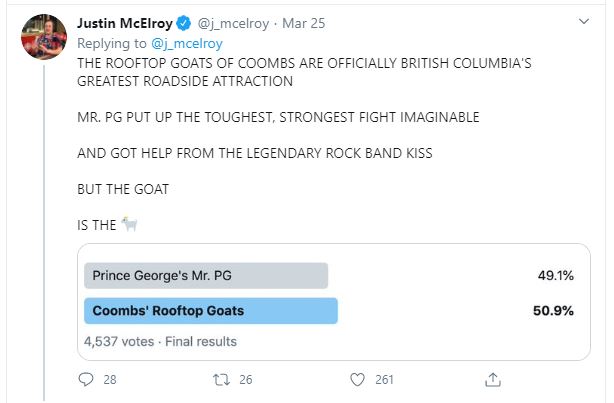 The vote is on. I cast my vote for Mr. PG and realize that there are many others talking about our beloved mascot. As I searched Twitter, I found out Mr. PG is in the fight of his life. I found a screenshot from earlier in the day where Mr. PG was down around 32% of the total vote. After a few hours he surged to 44% of the vote. The comeback was on and Mr. PG had the momentum to win. I was invested and I was going to see this through. Leading up to the final vote we saw Mr. PG fans past and present cast their votes. People were creating videos, tracking voting patterns, and drumming up support. We even had KISS throw their support behind Mr. PG.  Sadly, it was too little to late for Mr. PG. We ended up losing with 49.1% of split of the vote.  This second place finish may hurt a bit because we lost to some goats, but it was all good fun and it brought our community together and provided a much needed distraction, even for just a few hours. One thing is for sure: Prince George loves Mr. PG.

Make sure to pop by and visit him.  Take a photo, say hi and see what all the hype is about.