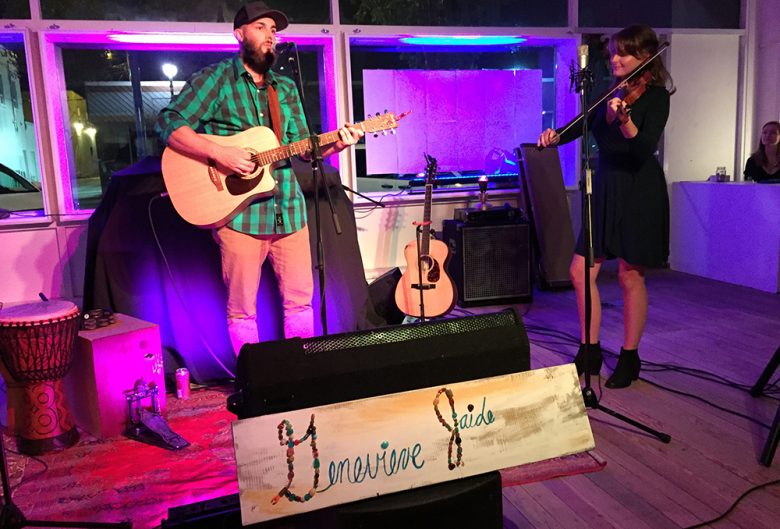 Music, art and the magic in between

I’m sure you’ve heard it, and maybe you’ve even said it yourself a time or two. “There’s nothing fun to do Prince George” (said in nasally whine reminiscent of your moodiest of teenage years). While predictably expressed by those who have recently relocated from the big city lights of say Vancouver or Toronto, it isn’t long before them city slickers drastically change their tunes and discover the embarrassment of entertainment riches constantly taking place here in Prince George. Let me tell you about 3 of my favourite places for music, art and the magic that takes place in between…. 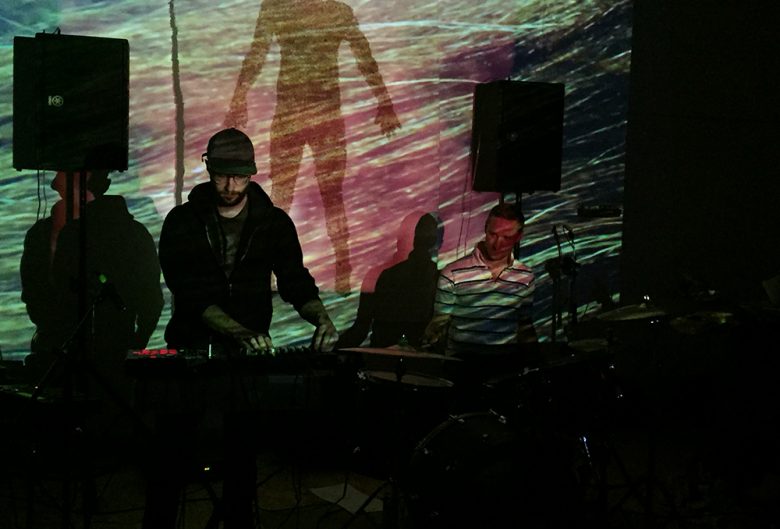 A visual artist performing music to accompany his exhibition at the Omineca Arts Centre.

The Omineca Arts Centre is an interdisciplinary, locally-led artist run centre located in the pedestrian core of Prince George’s downtown that is grounded in arts, music and literary based community development. With support from Emily Carr University of Art + Design and Two Rivers Gallery, Omineca sets to facilitate collaboration and diversify opportunities for emerging and professional visual, literary, musical and performing artists. Its aim is to co-develop meaningful and collaborative artistic projects, experiences, and models for catalyzing arts and culture in Prince George and the surrounding region, while prioritizing inclusivity, responsiveness, and interdisciplinary events.

Omineca has hosted and pioneered a diverse number of events including, visual arts exhibits, live music, open mics, fundraisers, flea markets, workshops, community events, and book launches and readings. Mob Bounce, an Indigenous influenced Hip Hop EDM duo, visited Omineca a few weeks ago. They took part in an interactive workshop aimed at combining traditional and spiritual Indigenous Culture with contemporary methods of musical and artistic
expression. Following the well attended workshop, Craig and Travis performed at an evening show that was graciously opened by the Khast’an drummers. Comprised of Lheidli T’enneh members and friends who have a passion for the drum and the cycles of life it represents, the Khast’an drummers are a powerful force that can’t help but move you. If you have the opportunity to see this group I would highly recommend you don’t miss out.

The Prince George Legion Branch No. 43 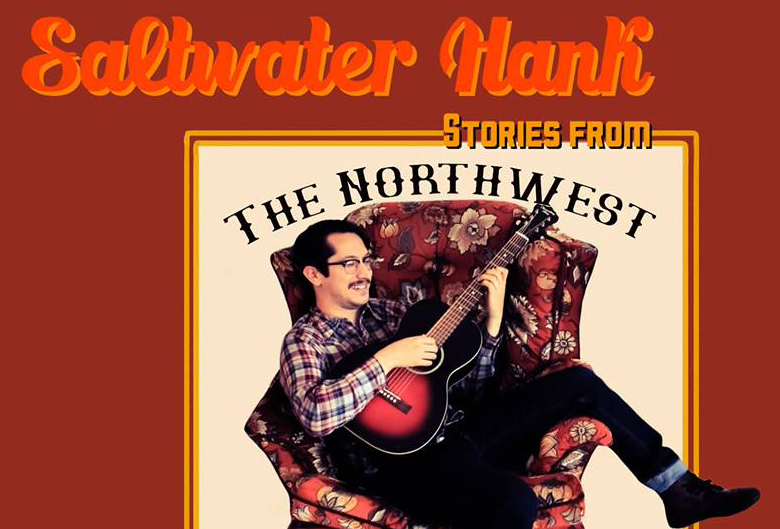 Cover of the new Saltwater Hank album – the release is being held at The Legion on April 14, 2018.

You’ve no doubt heard of “the Legion” and your grandparents may even be members, but do you really know what the organization is really about? The Royal Canadian Legion supports Veterans and their families, remembers the men and women who served our country, and strengthens communities. Established in 1925, the need for an association representing former service members was recognized and Legions popped up around the country. As the years go on and the number of veterans to civilians continue to disperse, Legion membership has begun to steadily decline. To help combat this, the organization opened up membership to all Canadian citizens in 1998. Flash forward almost 20 years and Legions across Canada, particularly in rural and remote communities, are quickly becoming hubs for local music and hip young folks, complete with cheap beer, Hawkins Cheezies and true Legionnaires providing the swiftest and friendliest service you ever did see.

Local Prince George musician and promoter Danny Bell can safely be credited with partnering with the local Legion to make it a sure-fire good time for catching local and out of town performers. Mad Loon, Bell’s company, is described as “an artists’ booking and promotions company that works with musicians, venues, and community organizations to produce high quality entertainment in Prince George”. And that it does. Check out the Legion 43 PG Facebook page for information on upcoming Legion events, including live music and fundraising activities like the upcoming Legion Ladies bake sale. Who doesn’t love a good bake sale?! Check out Mad Loon’s Facebook page for upcoming events at the Legion and other locations around town. 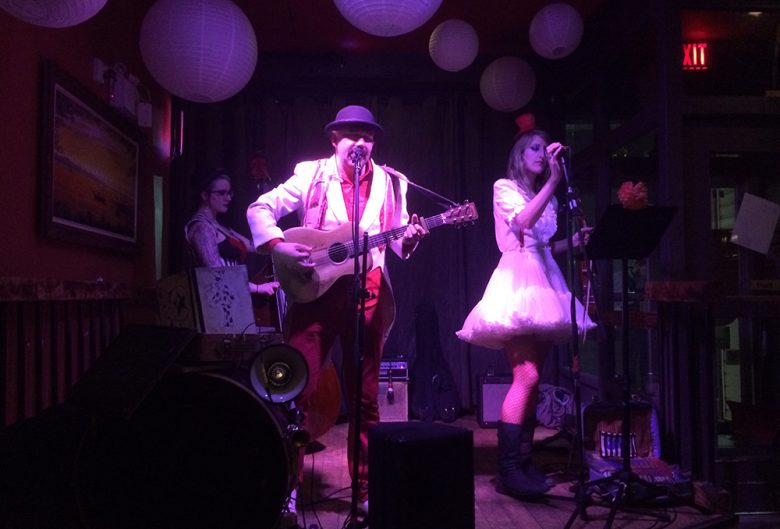 Nancy O’s, located downtown on 3rd Avenue, has long been a hot spot for entertainment. In addition to serving up some of the best food in Northern BC, this locally owned and operated gem hosts over 150 live shows a year. Looking at their events page on Facebook for April you can see a variety of acts from a bumpin’ Reggae Night, to solo acoustic performances, and professional stand up comedy. In addition to an ever-changing lineup of talented out of towners, Nancy O’s is home to a popular Open Mic night hosted by local musician Danny Bell (yes, of Mad Loon productions). Happening every second Wednesday, this is the perfect occasion to take in some impromptu talent, bust out some burgeoning songs, or why not both?! Check out Nancy O’s Facebook page for information on upcoming events you won’t want to miss.