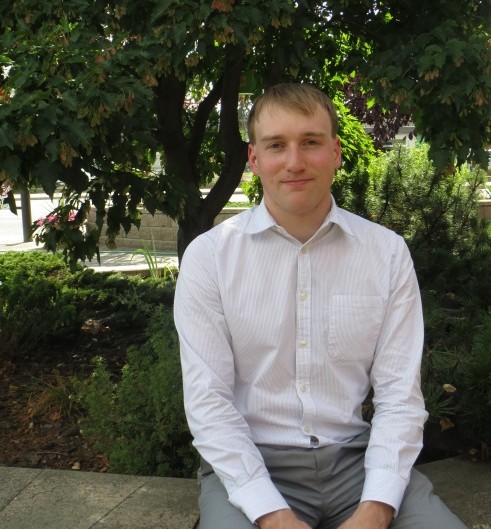 Prince George: then and now

Prince George is proud to position itself as the geographic, business and retail hub for the north and a cultural focal point for its region. For myself, having been born in Williams Lake, attended elementary school in Dawson Creek and graduated from high school in Smithers, I can truly say that Prince George has been the logical centre for my life. Now I call it home.

Part of my job as a Research Officer in economic development requires me to provide analysis of statistics gathered from primary and secondary sources. What could be a mundane and labourous task comes to life when I have access to the City of Prince George’s online Geographic Information System application, called “PGMap” which is available to the public through the city webpage.

While charting the municipal fibre network recently, I noticed a lot of familiar Prince George landmarks, including a peek at my own neighbourhood. Just over a year ago I moved to College Heights near the large shopping centres, Big Box stores and convenient public transit access to the post-secondary institution I attended at the time. Without having any knowledge of the development of this area I looked at the Orthophoto from 1993 and was shocked to realize how much development has taken place, from the Walmart, Home Depot and huge Canadian Tire locations to the house I live in now – all have been constructed in the past twenty years. 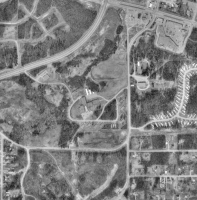 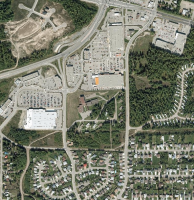 Most of my contact with Prince George prior to living here involved these types of shopping centres and transportation associated with the city. When I scanned over to the Prince George International Airport (YXS) I appreciated the extent of the runway expansion (4th longest in Canada) and how much the infrastructure, such as Boundary Road, has added to the outer edges of Prince George. In the past, I simply flew overhead without noticing. 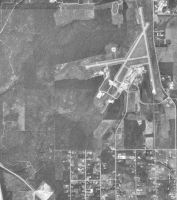 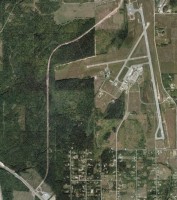 Then I looked at the industrial area between the Prince George International Airport and College Heights and realized how much the Prince George economy has transitioned over my lifetime. The Rustad Sawmill site, which I have driven past over this summer while meeting businesses, has changed dramatically before and after operation. 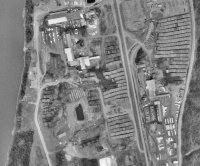 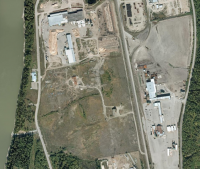 Fortunately, Prince George has developed a more diversified resource economy over the same period. In addition, the growth of the University of Northern British Columbia (UNBC) has been very important for the city and region. UNBC is what really brought me to live and develop here as a professional, first in 2006 and then again in 2011. The school’s footprint has expanded over a quarter-century to include the Northern Sports Centre and the Bioenergy Plant, which augment education and skills training with recreation and green technology capabilities that are winning UNBC accolades here and far away.

Finally, having lived in Vancouver during the 2010 Winter Olympics I am thrilled to be less than three months out from the 2015 Canada Winter Games. This event is going to do wonders for our reputation as a destination and for community spirit, and I expect the Canada Games Plaza to be a principle host location for bringing together local residents, guests and athletes from February 13th to March 1st, 2015. Here is the Canada Games Plaza in 1993 and then populated by a crowd in 2010. I imagine it will be vibrant with activity during the 2015 Games and beyond.