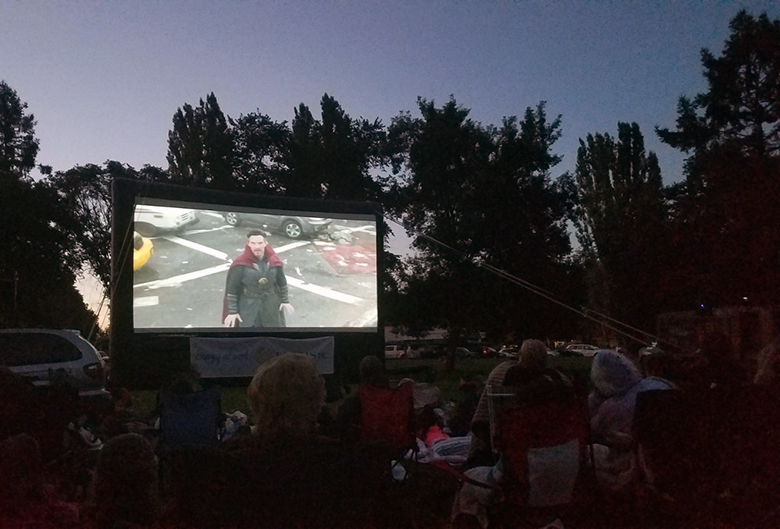 Parenting: The art of (not) disappointing children

Every parent knows what it’s like to disappoint their children. It’s not necessarily a bad thing. Really, it could be good. It can help kids control their impulses, delay gratification, appreciate the value of money, and find comfort in the immaterial aspects of life. At least this is what I tell myself to rationalize the self-hatred I would otherwise feel by not indulging my children’s every whim. Call it maturity or a coping mechanism. The point is one can’t have everything in life and that’s okay. Ultimately happiness stems from our ability to make do with what we have. That requires perseverance, ingenuity, and for the purpose of my story…beavers.

Recently, my wife and I took our kids to Lheidli T’enneh Memorial Park – a beautiful place that you’ll find yourself coming back to if you’re ever fortunate enough to live in Prince George. We went to see Avengers: Infinity War. The YMCA of Northern BC had prepped an elaborate theatre setup for viewing movies outdoors. It was like one of those huge inflatable play castles you see at community events or some spoiled kid’s birthday party minus all the bouncing children. In place of a massive jumper slide it had a tall movie screen, easily three stories high, connected to an equally impressive set of speakers. We set up our tailgate chairs and a picnic blanket at a prime viewing spot and waited eagerly for that evening’s entertainment along with a crowd of other people assembling in the area. 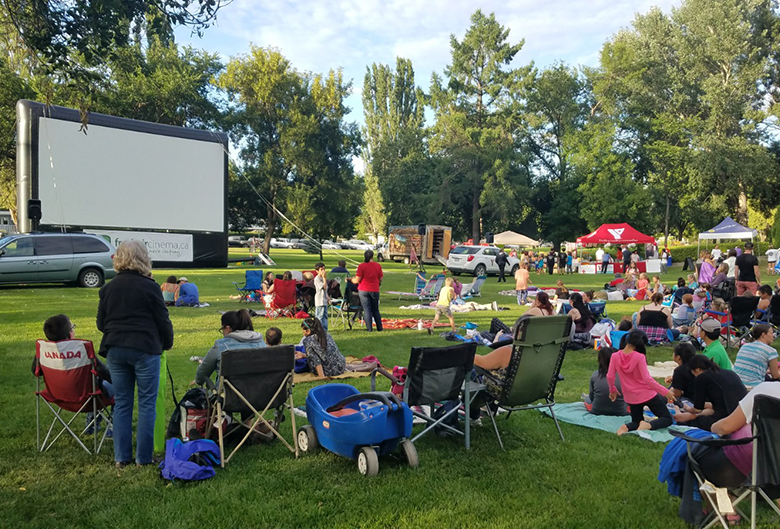 When I realized we’d set up two hours too early.

By 7:00 pm I was ready to hit auto-pilot. We’d watch the movie. I imagined the kids would peacefully doze off to sleep during the drive back home and would forever recount this precious memory to their yet unborn grandchildren. That’s to say, in my mind everything was going perfectly. But then I realized it wasn’t nearly dark enough to see anything on the screen. How were they supposed to project the film if sunset didn’t happen until after 9:00 pm? And that’s when it hit me. People hadn’t gathered to watch the movie at 7:00 pm. They were there to reserve their spot for when the movie started…which would be TWO hours later. What was I going to do in the meantime? How would I keep my young children occupied for that long without all of us going insane? I’m not going to lie. We were in a pickle. 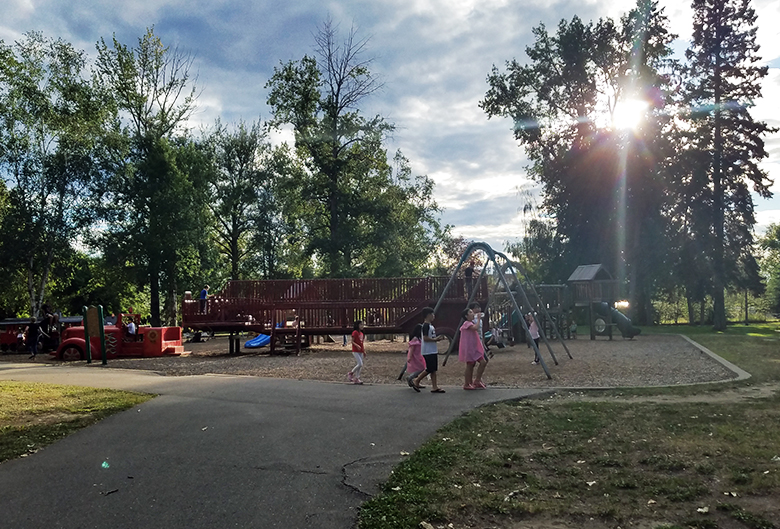 My children had fun playing on the fire truck.

I quickly scanned the environment and immediately set my eyes on a nearby playground. That would easily kill an hour, especially if I mixed things up by playing hide and seek or tag in and around the iconic fire truck. So we headed there first and sure enough, my son ran into one of his schoolmates who also happened to be there for the movie with their family. Jackpot! Now I had a mini play-date, which would definitely help us pass the while until show time. That’s one of the other beauties of Prince George. It’s small enough that you’re likely to cross paths with people you know during every day casual ventures. These could be your friends or people who eventually become your friends. I don’t know how much fun my son had with his buddy, but I certainly am grateful to the universe for aiding us during that time of dire need. Even so, I still had an hour to go before the movie would start. What next?

Oh beaver, where art thou? 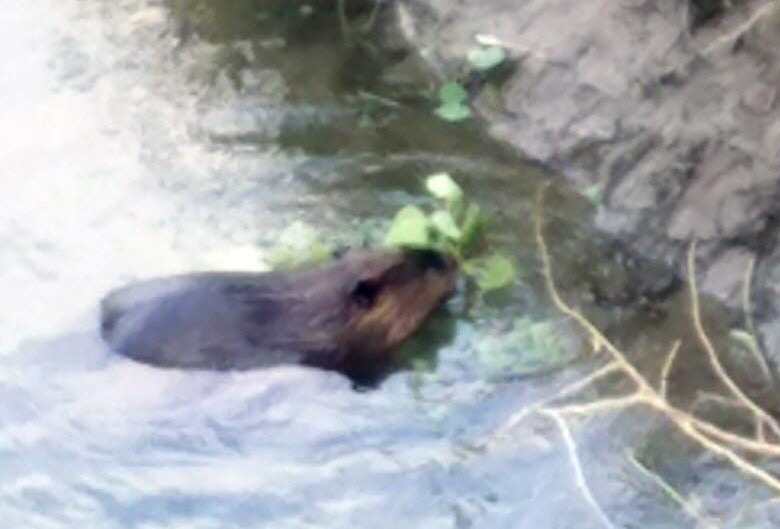 A close-up of one of the beavers.

Again, the universe responded generously. We had not walked more than 100 paces from the playground when two young men called out to us, “Hey! Do you want to see a beaver?” This seemed a reasonable question at the time so I responded in the affirmative. We followed them to a vista overlooking the Fraser River where lo and behold we could clearly see a furry woodland creature swimming with a large piece of wood in its mouth. It was a North American beaver (Castor canadensis). We followed the adorable furball along the shore until it turned right into a small river inlet where it joined up with two other beavers fast at work constructing a dam. I’d never seen a beaver before, let alone a beaver dam so I found the whole experience exhilarating. I honestly was no longer worried about killing time. Like my son, I was caught up in the moment appreciating the beauty of nature. That, in fact, is probably my favourite aspect of Prince George. I have all the amenities I’ve come to expect in an urban setting, but just as importantly I have easy access to the splendor of the natural world, which affords me these precious moments, which I know would be few and far between in other places.

My son and I returned awe-stricken to the theatre lawn just as the movie was about to start. We both sat down ready to enjoy the Avengers and knew that already it had truly been a special day.

What activities do you enjoy with your kids? Share them on the Move Up Prince George Facebook page.