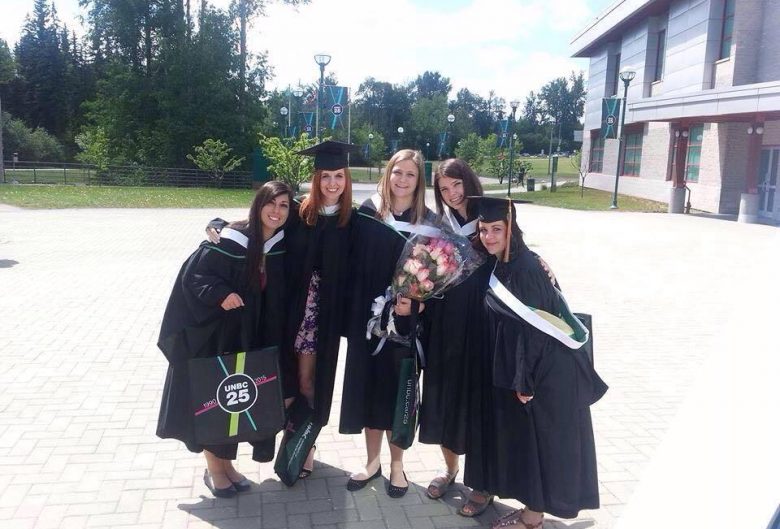 My first memory of Prince George involves total panic. I am eight, standing on an outdoor stage in Masich Place Stadium, listening to the drones of the bagpipes, unable to recall any of the steps of the Highland Fling. But somehow I dance anyway, and by the time I finish I am thrilled with myself. I did i

t! I proved it to myself.

A few years later, I am standing in front of an audience in the nave of a church in Prince George, listening while rain pelts the roof, nervously waiting for it to subside so I can perform my speech arts piece during the Provincial Festival of the Performing Arts. Once again, I am in Prince George to test my abilities and prove to myself, I can do this.

A few more years, and this time I am back in Prince George alone. I have moved three and a half hours north from my home on Canim Lake, just outside of 100 Mile House. I have stumbled on Shane Lake at sunset on a warm September evening, and it is making me homesick for the lake I grew up beside. I have started my first year at the University of Northern British Columbia (UNBC)

, and once again doubting whether I can do this. Luckily for me, it turns out that Prince George has everything I need to succeed.

Not only does UNBC have gifted and welcoming instructors, it also has a great variety of approachable student clubs, several of which I join. The Debate Society, the Political Science Students’ Association, and the Amnesty International Letter Writing Club become sources of close, long-lasting friendships, inspiring projects, and adventures. I gain confidence and move in directions I had not previously considered.

I move downtown and discover favourite Prince George hangouts. I work on UNBC’s Orientation program, finding ways to convey Prince George’s welcoming spirit to the next year of nervous first year students. The grocery stores are going to be e 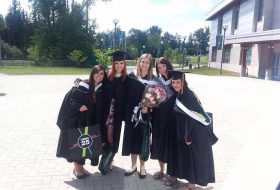 asily accessible, as will the hiking and skiing trails. There will be coffee shops where the baristas will remember your name, and several farmers’ markets to explore. Traffic will not be an issue. More often than not, the bus drivers will wait for you when you are running late.

Prince George has provided numerous personal growth and educational opportunities for me over the years as I’ve become progressively more independent. I am grateful for its unique mix of casual friendliness, cultural experiences, and urban conveniences. Big enough to continually provide fresh adventures, Prince George is also small enough to navigate daily with a sense of closeness.