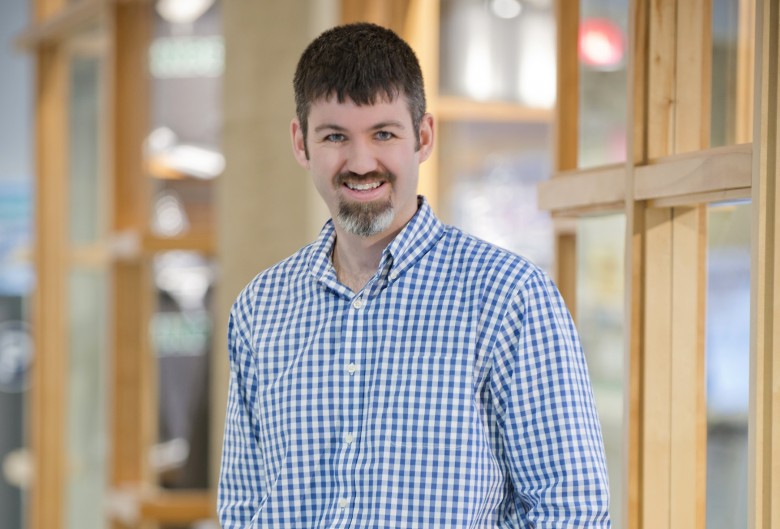 Peter James picked an extraordinary time to join the communications department of UNBC. The veteran journalist came to the university just in time to stickhandle the 25th anniversary commemorations of the northern institution, and also be involved in the Closing Ceremonies of the 2015 Canada Winter Games held at UNBC’s campus and seen across the nation on television.

He helped deliver the news that UNBC had reached top ranking in Canada for universities its size, the naming of Daniel Weeks as new university president, and is about to help the unveiling of UNBC’s new chancellor, to name some of the highlights.

He’s used to pressures like deadlines and public glare. As a news writer for the Prince George Citizen, just prior to his UNBC appointment, (before that he worked for the Postmedia Network in Ottawa, the Red Deer Advocate and the Kenora Daily Miner & News) he was nominated for multiple national awards. He got accolades for his information gathering and sensitive exposition on issues like brain injuries, mental health, and the hot topic of the police incident resulting in the death of former soldier Greg Matters.

“I received a community award from the Brain Injured Group in Prince George for reporting on the lives of people living with brain injuries,” said Peter, a graduate of Carlton University with a combined honours degree in Journalism and History. He now uses those skills to “communicate UNBC’s stories to the community.”

Peter said, “Since joining UNBC I have led the university’s social media efforts and have helped foster increased audience engagement across all platforms.”

Lest one think Peter is solely intellectual, he also has a deep knowledge and appreciation of sports. He was a volunteer broadcaster for the Prince George Spruce Kings of the BC Hockey League and he is currently a volunteer writer and social media coordinator with the Cariboo Cougars Major Midget hockey team.