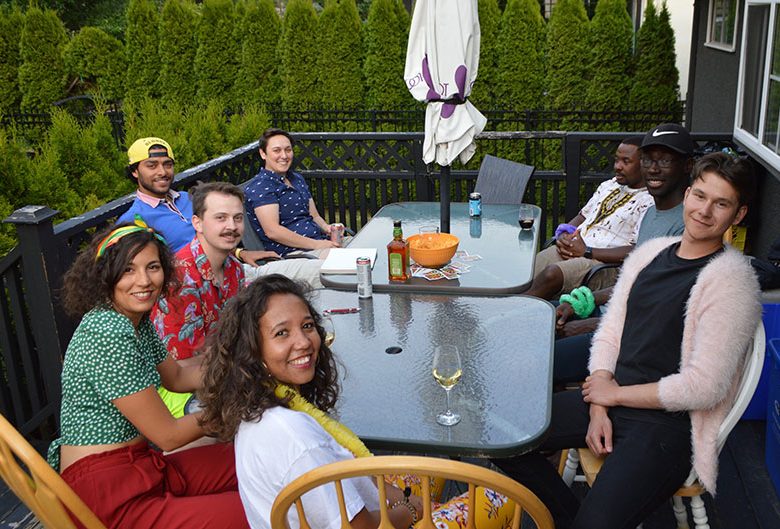 The Lower Mainland was home for me once. Looking back, it’s sometimes hard to believe – but I was one of the 2.5 million people inhabiting Metro Vancouver (for a total of 7 years!). This was immediately before I found my way up to Prince George in 2020. Any city has its ups and downs, but there was one fundamental aspect of Metro Van that, to me, really detracted from its better qualities. That’s why today, I’d like to take the opportunity to talk about my journey with something I’m all too familiar with: the good ol’ rental housing market.

While I have lived in the same number of suites in both cities, that is not to say that I have looked at equal numbers of housing ads between the two. As it turns out, you need look at fewer ads in Prince George, as in my experience there are far more affordable, spacious, and decent options.

The other reason I have looked at fewer suites in Prince George is the lack of competition.

In that vein, I will never forget the time that a partner and I went to view an East Vancouver bachelor apartment. It was one room, no more than 500 sq. ft. in size, and it turned out that the one bathroom was located outside the apartment and shared with the rest of the floor. Oh, and according to the landlord, nearly 100 people had already submitted their rental applications, so our chances of successfully renting this tiny room were next to nothing. On the bright side, it was very centrally located.

I have never experienced anything like this in Prince George. Instead, finding rental housing has been a surprisingly relaxing experience for me. 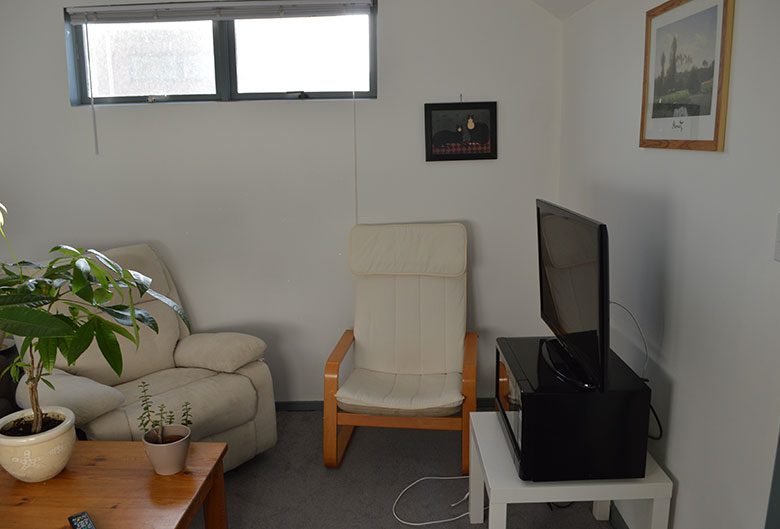 The tiniest living room in a Vancouver apartment.

During one housing hunt in Prince George, I viewed a total of two apartments with my roommate. At the second location, we were impressed by the size of the living room and warily asked the price of the suite (having both experienced the Vancouver housing nightmare firsthand). It was $1,050, or $525 each. The only time I had paid so little for rent in the Lower Mainland was nearly a decade ago in what I now recognize was an illegal basement suite. The icing on the cake was that the rental contract was month-to-month as opposed to 8-12+ months, which I certainly would’ve appreciated as a student in Vancouver, had such a thing existed.

Instead, back in Vancouver I was committing to ridiculous contracts such as one for $2,000 for a small, two-bedroom attic apartment in East Vancouver. The apartment in question had no living room, which appears to be fairly common in the Metro Van. Luckily enough, the space had a somewhat dilapidated deck area that could be used when it wasn’t raining. Accessible outdoor spaces for tenant use are often quite limited in Vancouver, so this was appreciated. However, the heinous mouse problem in the suite detracted from this one bonus. 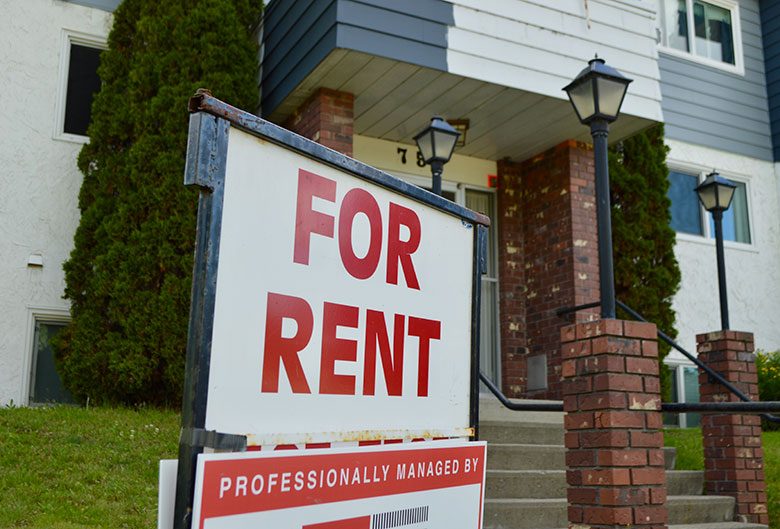 Currently, I am happily living in the upper floor of a large Prince George house complete with a lovely backyard, bright windows that allow my plants to thrive, a kitchen overflowing with cupboard space, and – you guessed it – an actual living room! This is no anomaly here – most of my friends have yards with beautiful gardens; landlords that have no issue with pets, large or small (another impossible find in Vancouver); and enough space to actually invite each other over. I find having the extra space to entertain guests really helps build connections as well as accommodate visitors from out of town.

I have also found many land owners here to be accommodating and generous. Landlords here have invited my roommates and I to everything from potlucks to mountain bike rides. Renting here simply feels more community-oriented – almost like the tenants matter just a little bit. Interesting, isn’t it. 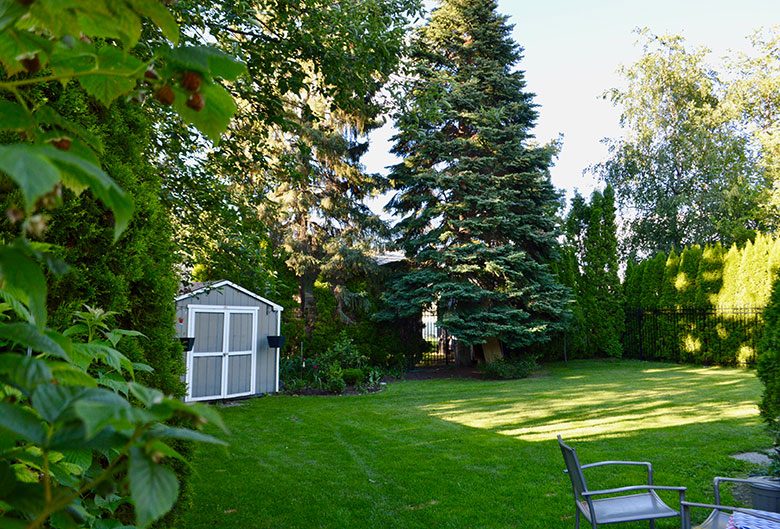 My yard in Prince George.

At the end of the day, I think it really comes down to housing security. Personally, I know that if ever I need to move at a moment’s notice, I can have confidence that I will be able to find a place that meets my needs in Prince George.

Unfortunately, a number of circumstances in Metro Van lead to less housing security. Some I haven’t yet mentioned include the abundance of housing scams (which I have been victim to – as I have said, I’ve been around the block), as well as the commonality of so-called “reno-victions”, when for one reason or another a land owner gives an eviction notice due to plans to demolish the house, often for new developments. This requires tenants move out within mere months. I have been astounded by the number of friends who have had to move due to the classic Vancouver reno-viction.

Reflecting on my time in Prince George, I am very grateful to be dealing with the accommodating, trustworthy, and generous community that exists here. In my experience, Prince George offers rental suites for half the price, double the space, and three times the heart.

About the Author: Kirsten (they/them) arrived in Prince George in 2020 to seek out outdoor opportunities, both work and play. As an environmental scientist, a good portion of their summers are spent hiking up scree and studying trees. Kirsten is endlessly grateful to live on the stunning traditional unceded territory of the Lheidli T’enneh.