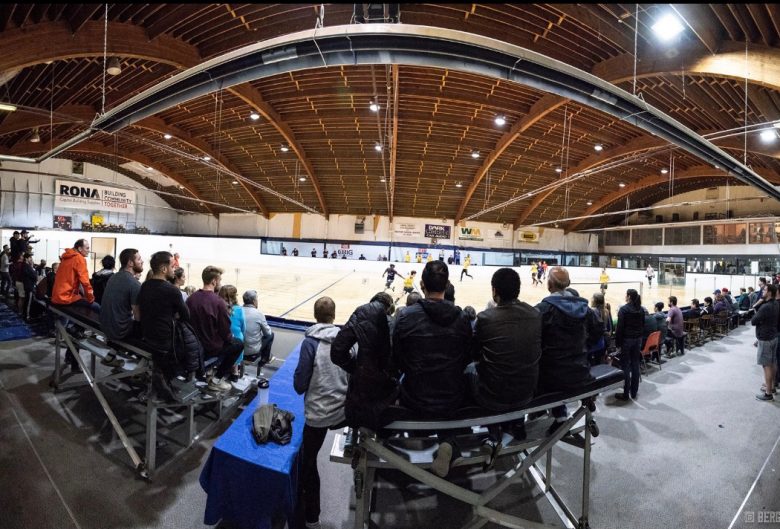 Putting foot to ball in the north

There’s something to be said about the feeling. Lacing up the boots, slipping in the shin pads, and warming up the legs (mine seem to need more and more warm-up time now). I can honestly say that the simple act of putting foot to ball, is one of the best feelings around- especially if it results in a ball being smashed into the back of a net. Lucky for me, and many more like me, the game of soccer is alive and well in Prince George, BC.

I think I’ve been pretty fortunate when it comes to sports; I’ve kinda kept my toes dipped in a bit of everything. Soccer, however, was that late love. I barely played growing up and had to learn as a late teen. Was it a challenge? Physically, yeah, it was, because I have the foot coordination of a toddler. Opportunity wise? Not in the slightest. All it took to get involved was signing up for an icebreaker tournament, some heavy sprints, and a few beers. From that initial tournament, I was all in on PG soccer.

More than just a league

The Prince George Soccer Association runs an outdoor league from mid-May to mid-September and has 5 full-sized pitches, accompanied by a two storey clubhouse with change rooms, and a balcony on the upper level that overlooks the fields.

The atmosphere of this league makes it one of the most fun communities to be involved in. Generations of players, some who still play and some who are self-proclaimed “over the hill”, man the balcony to watch games. Needless to say, you’ll hear a variety of stories that start with “I remember when…” likely followed by a slew of laughs as soon as the phrase is said. It’s pretty special to hear how deep the history the league is and to be a part of the current group moving forward. The guys you play against, and maybe get a little into it with, are the people you stand beside on the balcony afterward and have a pint with. 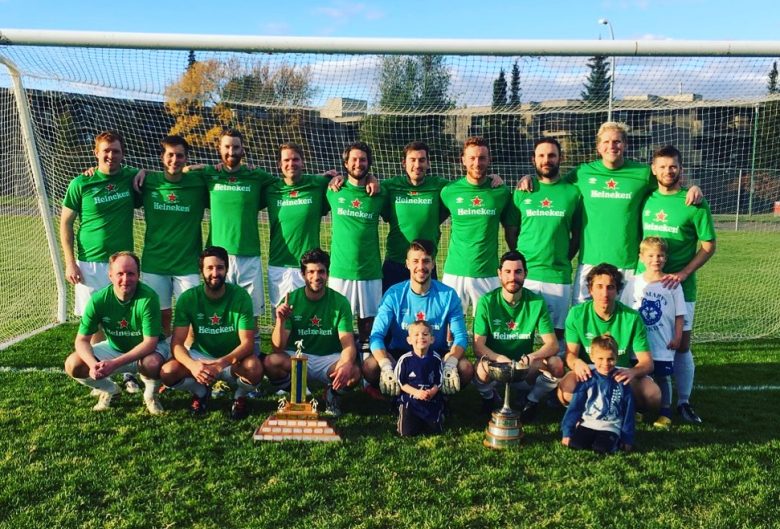 The boys in green.

The boys in green look pretty good with the league and playoff hardware, don’t you think?

“Ya, but what do you play in the winter?”

Now, snow soccer is slower, but let me tell you, the calories you burn are incredi…. Just kidding.

Yes, believe it or not, this arctic, barren, northern BC city is able to play soccer year round! *Gaping jaws everywhere snap shut*.

As much as the outdoor season is my summer love, indoor footy will always have a special place in my heart. Indoor is played on a shorter pitch, with fewer players, and rules that speed up the game. It’s a leg burning, heart pumping, hour of power… and a great way to keep your touch together in the snowy months. Overall, indoor is just a really nice change of pace from the summer league. 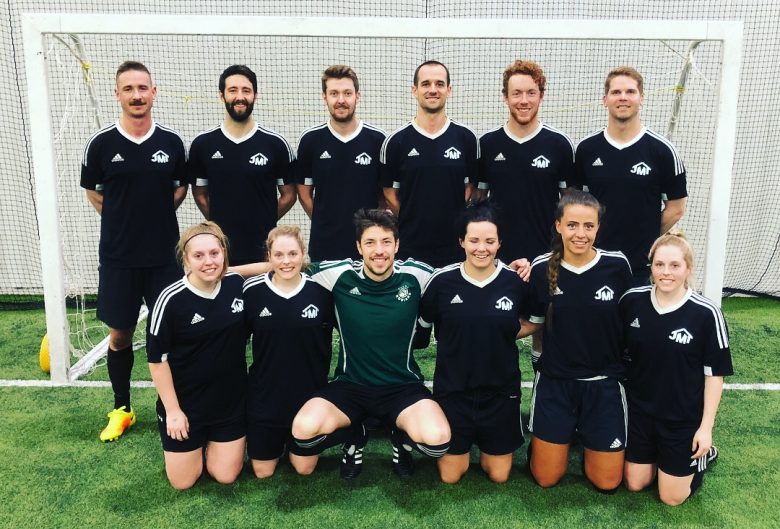 If you make enough friends in the PG indoor league, sometimes you get to take your talents and venture to exotic places (Quesnel, BC.) for tournaments.

Prince George has two indoor leagues, one through the British Columbia Indoor Soccer League (BCISL) that plays at the Charles Jago Northern Sport Centre, and another new league through the Prince George Dome. I’ve played in both, and each of them is awesome.

The indoor season is nearly finished, but come May, the icebreaker tourney will be in full flight! If you’re looking to be a part of a league that forces you into comical old stories, late nights on a balcony, and pretty well limitless good times and friendships – drop your name in the draft for the 2019 season.

Trust me, once you feel that breeze as the sun dips behind the tree-line, and you hear the “crack, crack, crack” of the outdoor lights firing up on the pitch, you’ll be as obsessed as I am.