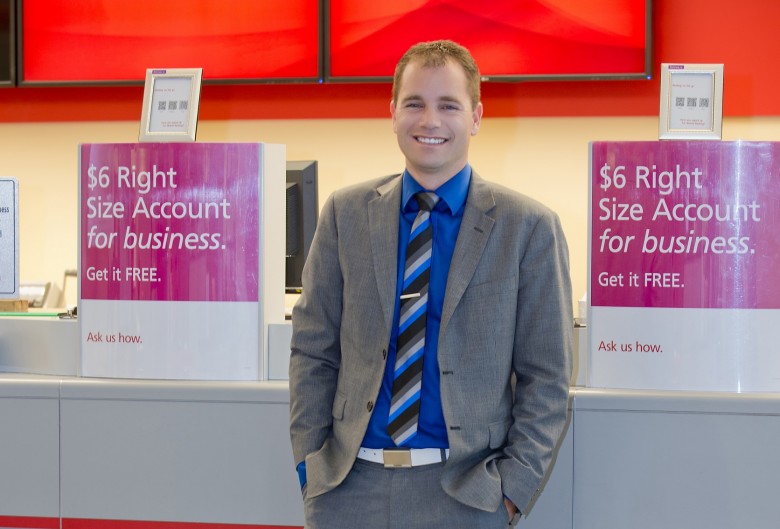 Ray Noonan’s educational background is as varied as his personal interests now. He got his first UNBC degree in 1998, a Bachelor of Science, then got another one in 2006, this time an MBA. He also holds an associate degree from the Institute of Canadian Bankers and recently completed the CSI Canadian Securities Course.

He said, “I have worked for the Scotiabank Group for 19 years, the past 10 with the Scotia Private Client Group,” where he operated out of all 16 northern B.C. Scotiabank branches working “exclusively with high net-worth clients providing investment, estate and trust, insurance and private banking services.” He recently took on the role of Scotiabank’s College Heights branch manager.

One of his advocates said, “Ray is consistently ranked amongst the top producers in B.C. and has been the top provider of insurance solutions nationally for the past four years.”

It was never enough for Noonan to simply excel at work. He dug deeply into the community, turning his business acumen into social development. For example, for 10 years he sat on the Prince George Community Foundation, where he is now president. “The organization has grown from $1.5 million in endowments to $9.5 million over that time,” Noonan said.

Likewise, he has also been at School District 57’s Springboard to Success Scholarship Committee table for the past nine years. His peers chose him for the Northern Scotiabankers Employees’ Association where he is the president. He is a member of the PG Estate Planning Council, he is a volunteer director of the McLeod Lake Indian Band’s Industrial Board helping guide enterprises like the Duz Cho Group of Companies, and he volunteers with the College Heights Community Association.

He was given a particular honour recently that exemplifies the esteem Noonan has earned in the community. He received the 2015 Outstanding Alumni Award for Community Service for all past UNBC graduates.