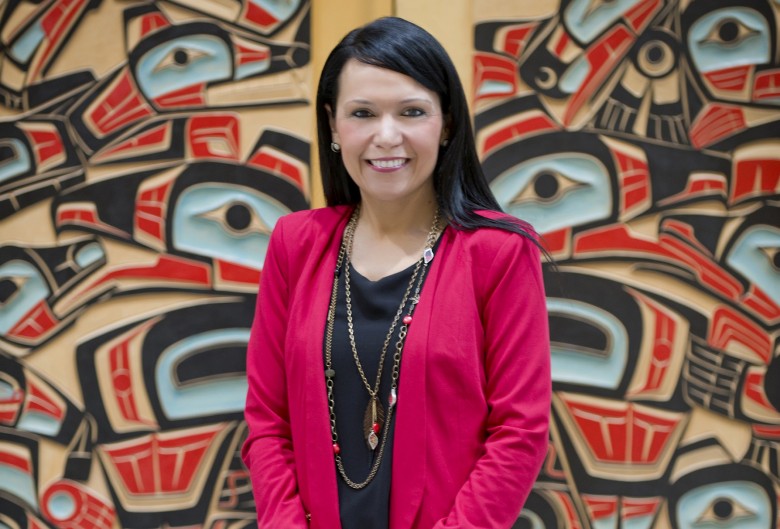 Through her academic accomplishments, cultural understanding, and diplomacy in the new age of Aboriginal restoration, Rheanna Robinson is a leader by all definitions.

Her accomplishments are dizzying. “I have been awarded 17 different scholarships at UNBC and UBC including a prestigious doctoral fellowship. In 2007 I was nominated as an Aboriginal Youth Role Model with the National Aboriginal Health Organization’s ‘Learning to Lead’ role model program. In 2012 I was awarded ‘UNBC Alumni of the Year’ in the category of Community Service.”

Originally from Smithers, Robinson moved to Lhedli T’enneh First Nation territory to attend UNBC where she earned Undergrad and Master degrees in History and First Nations Studies. She is now close to a PhD from UBC in Educational Studies.

Since 2001 she has served in various roles with 11 different community organizations or initiatives from the School District 57 Aboriginal Education board to the PG Métis Community Association. When university initiatives are factored in, the number jumps to 55.

Her Métis heritage has been a driving force in her activism. She has been a guest speaker more than 30 times at scholarly or professional events.

“I am dedicated to the promotion and awareness to enhance Aboriginal education in a way that is respectful, innovative and forward-thinking,” Robinson said. “I am a proud Métis scholar and am passionate about my research contributions.”

She has taught and conducted research at UNBC since 2006. She has served on the UNBC Senate since 2007.

“Recently I was named Senior Advisor to the President on Aboriginal relations at UNBC and begin a faculty position (professorial) with the Department of First Nations Studies in January, 2016,” she said, demonstrating her leadership of other leaders.

Daniel Weeks, UNBC President, said, “By naming a dedicated senior advisor, I am signaling the importance I place on Aboriginal discussions happening at UNBC and in the communities we serve.”