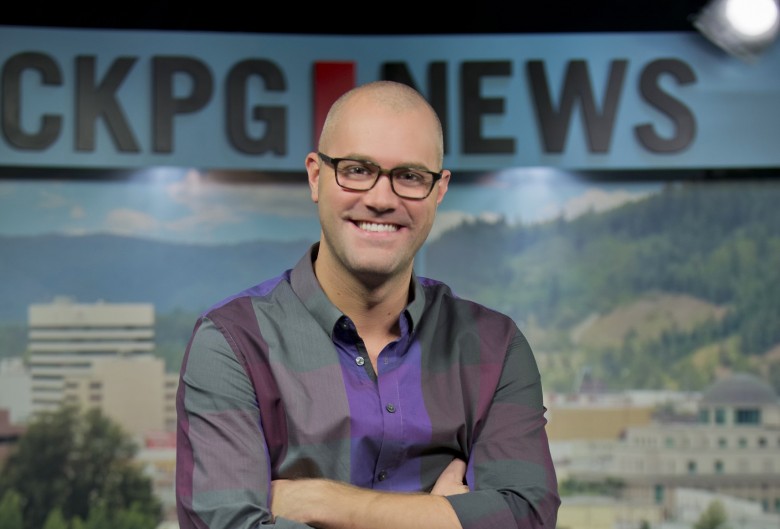 Sportscaster and community leader Rich Abney got Prince George on his wavelength almost immediately. He has lived in the city for only a few years, but quickly embraced his new community and set to work shining a spotlight on its achievers and achievements. His medium is television, working for CKPG as Sports Director, his first posting out of his BCIT broadcasting program.

As such, he has won the RTDNA (Association of Electronic Journalists) sports story of the year both provincially and nationally, and earned the Norm Wright BC Lacrosse Media Person of the Year. This latest honour of being named to the Prince George Chamber of Commerce Top 40 Under 40 he considers humbling and “affirming that I am working hard for the right reasons.”

One of his supporters said “Rich doesn’t just cover the sports; he covers stories about our fine community’s residents.”

Perhaps it isn’t surprising that his first plan in post-secondary education was to become a school teacher, and it shows in his work – the urge to inform and provide knowledge of the human condition over and above the margins of victory and the colour of medals.

He delves underneath these surfaces by participating in his community, not just pointing a camera in its direction. He takes on additional roles for UNBC, the Elizabeth Fry Society, the Special Olympics program, and professional mentorship that spreads the values of humanistic journalism to the next generation of broadcasters.

“I have established a program for young, aspiring broadcasters to actually get their stories on TV,” he explained. This, on top of his daily duties as a working journalist and a department manager.

“I made it my mission to give the local coverage back to local people, which we had gotten away from, and while it is far more work and time, it has been wildly rewarding putting the ‘local’ back in local coverage.”