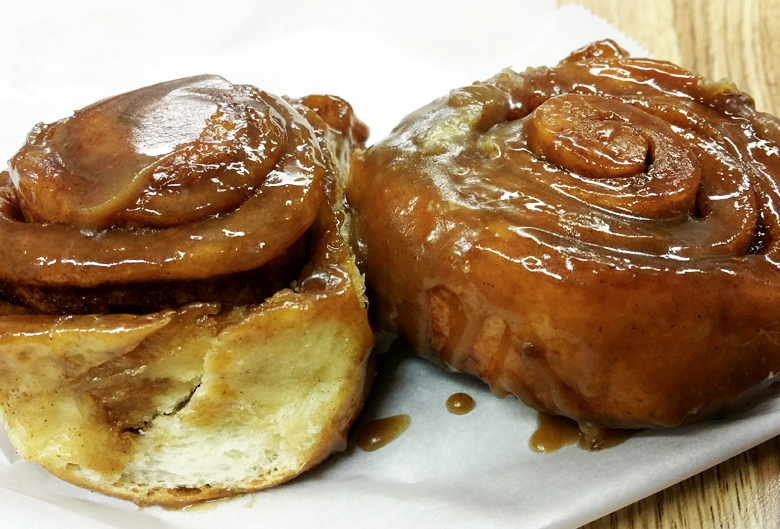 Where has the summer gone?  I hope that everyone has had a great summer so far.  A few months ago I was joking on Twitter with the team from Tourism Prince George about spending a day touring Prince George determining who has the city’s best cinnamon buns.  While at first, I was joking, I decided that showcasing the many great places in Prince George where you can satisfy your sweet tooth, especially if you are looking for a pastry to go with your morning coffee, would be a fun little challenge.

So some of my colleagues from Big Brothers Big Sisters and I spent a lunch break visiting four local coffee shops to test their cinnamon buns. Here are the results of our research.

If pastries are not your poison then I would recommend three other treats: the chocolate covered cheesecake from Rocky Mountain Chocolate; the OMG’s from Ohh Chocolat; and the Tiramisu from Cimo Mediterranean Grill.

With all this talk of sweets, I am off to walk the dog again and try and make up for my City of PG Cinnamon bun tour.